Key-words
Cistern - Peribolos - Cemetery - Road system/waterway - Building Type - Site Type
Type of Operation
Excavation - Rescue excavation
Institution
B’ ΕΠΚΑ
Toponym
Paiania, Liopesi
Linked Record
2011
Report
Paiania, Aghia Marina, N. Louka St. (O.T. 56, property of Oikonomopoulou-Vlachou). Eleni Andrikou(B’ ΕΠΚΑ) and M. Mexi (B’ ΕΠΚΑ) report on the discovery of a Classical and a Geometric cemetery. The peribolos of the Classical cemetery and the road passing in front of it were found. The cemetery contained rock-cut graves and pyres. Specifically, 1 cist grave (Fig. 1), 11 pit graves, 47 pyres and 1 tile-grave were excavated. The cist grave contained a female burial, a bronze mirror, a black-glazed miniature skyphos and a red-glazed pyxis with its lid. The tile-grave contained a stone alabastron, a black-glazed phiale, 2 squat lekythoi and a lekythos. One of the pyres contained 2 squat lekythoi and a lekythos, whilst 2 more squat lekythoi, a kyathos, a miniature oinochoe and pottery sherds were recovered from the remaining pyres (Fig. 2).
The Geometric cemetery was found below the Classical one. It includes 5 pyres, 3 inurned cremations, 14 shaft graves and a pit for burial offerings. One of the shaft graves contained an amphora, three skyphoi, a trefoil-lipped oinochoe and a plate (Fig 3). Another one contained a skeleton in supine position, an amphora, 2 trefoil-lipped oinochoe, a skyphos and a piece of flint (Fig. 4). The pit with the votive offerings contained 29 vessels and few bronze foils (Fig. 5).
In addition to the cemeteries a Roman cistern and a rock-cut shaft were found (Fig. 6). The latter contained 3 Classical lekythoi. A cave was found near the cistern, with a wall sealing its entrance (Fig. 7). It appears that the cave had been used in the Roman period for burials and secondary inhumations. Finally, 15 cairns were excavated. They all run parallel to each other, but their use is unknown. A small marble, headless figurine of a woman was found in one of the cairns (Fig. 8) and dated to the Hellenistic period.
The excavation was conducted by M. Mexi under the supervision of E. Andrikou.
Author
Chryssanthi PAPADOPOULOU
Bibliographic reference(s)
ADelt 65 (2010) Chr., 178-179, 246, 293-295, ADelt 66 (2011) Chr., 120-121
Date of creation
2017-07-12 00:00:00
Last modification
2018-08-22 09:24:50
Picture(s) 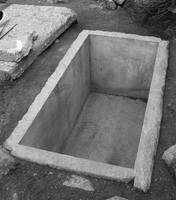 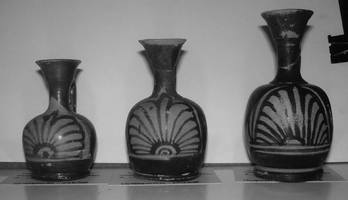 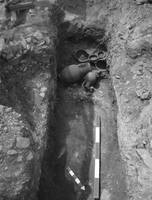 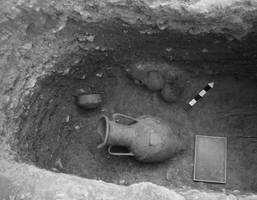 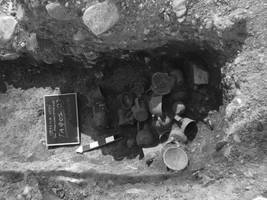 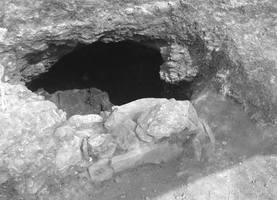 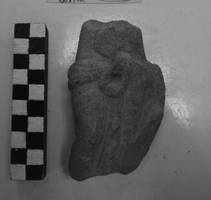