Key-words
Figurine - Numismatics - Cemetery - Road system/waterway - Find Type - Site Type
Type of Operation
Excavation - Rescue excavation
Institution
B’ ΕΠΚΑ
Toponym
Paiania, Liopesi
Linked Record
2011
Report
Paiania, Chrysanthemon Street, (O.T. 166, property of G. Kontaridi and Ch. Gialouri), Anonymous Street (O.T. 166, property of Al. Fotaki) and Anonymous St. (property of Asimakopoulou). Eleni Andrikou(B’ ΕΠΚΑ) and M. Mexi (B’ ΕΠΚΑ) report on the discovery of an ancient road and buildings on either side of it (Fig. 1). The road had retaining walls on both sides and preserved traces of wheel ruts (Fig. 2). Two rooms of a building, one of which contained a pithos (Fig. 3), were found on the west side of the road, while rubble walls belonging to different buildings were excavated on the east side (Fig 4). Pottery from the area includes fine- and coarse-ware sherds dating to the second half of the 4th c. B.C.
A Classical cemetery was excavated further north along the road, in the Fotaki and Asimakopoulou properties. 14 pyres, 2 cremations in amphorae, 5 pit graves, 1 wooden larnax and 1 tile grave were revealed. The graves were all rock-cut. A closed vessel containing burned organic materials and 3 shells was found near the tile grave. A stone vessel with its lid (Fig. 5) containing a bronze lebes, and traces of cloth was revealed in the Fotaki property. One of the amphorae-cremations had 5 vessels (2 trefoil-lipped oinochoe, a miniature kantharos, a kyathos and a skyphos) placed as votive offerings next to the amphora (Fig. 6). The second amphora-cremation contained bronze foil and a bead. One of the pit graves dates in the Geometric period and contained a skeleton in supine position, an amphora with a skyphos placed as its lid (Fig. 7), and a fragment from a horse figurine. In the other graves, only few offerings (namely Classical pottery sherds and black-glazed lekythoi) were found and the excavator supports that the cemetery had been heavily disturbed in later periods.
Additional finds from the area include roof tiles, sherds from coarse- and fine-ware vessels, 2 bronze coins, 4 fragments from grindstones, a fragment from a marble lekythos, obsidian chips, slags, an iron weight, a lead clamp and 4 terracotta loom weights.
E. Papafloratou supervised the excavation in 2011.
Author
Chryssanthi PAPADOPOULOU
Bibliographic reference(s)
ADelt 65 (2010) Chr., 176-177, 246-247, ADelt 66 (2011) Chr., 121-122, 124-125
Date of creation
2017-07-12 00:00:00
Last modification
2018-08-22 09:24:50
Picture(s) 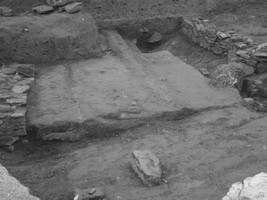 Fig. 1/ Paiania, property of Asimakopoulou, the road and the buildings. 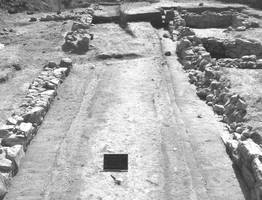 Fig. 2/ Paiania, Chrysanthemon Street, the road and buildings to its west. The wheelruts are visible. 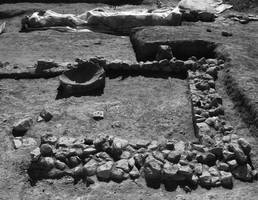 Fig. 3/ Paiania, Chrysanthemon Street, the romm with the pithos. 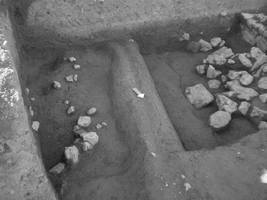 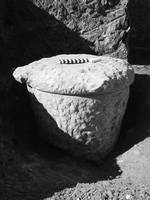 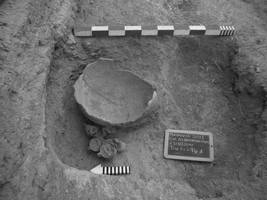 Fig. 6/ Paiania, property of Asimakopoulou, the amphora and the votive offerings placed next to it. 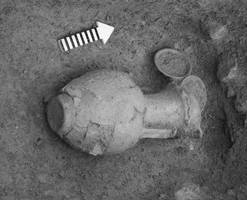 Fig. 7/ Paiania, property of Asimakopoulou, an amphora with a skyphos placed as its lid.