For the first season the region of Epitalion was investigated using archaeological survey on a grid system (Fig. 1). Architectural finds were very limited, while ceramic finds (vessels, some of outstanding quality, and tile) dominated the assemblage, although small finds of various periods also came to light. Findspots ranged from Neolithic to the 20th c. AD, but the majority belonged to the Mycenaean period or Antiquity. Preliminary mapping of findspots shows clearly Mycenaean finds in the W and Classical-Hellenistic in the E. Particularly notable sites were the Archaic-Classical settlement, over 15 ha in size, and 2 previously unknown Mycenaean cemeteries, the extent of one of which could be verified by means of electrical resistivity (Fig. 3).

Further geoarchaeological investigations were focused on the region of Epitalion and the polygonal Alpheios wall, near the railway bridge, where it is visible on the surface for c. 30 m (Fig. 5). Geophysical investigation established the minimum length of the wall at 700 m. At a distance of c. 70 m N of the Alpheios wall comparable measurements to those in the S were detected, which indicate a wall of similar construction. Cores N and S of the Alpheios wall demonstrated that S of the wall there existed thick still-water deposits, which probably went with the ancient wall. Laboratory investigations and Carbon-14 determinations are still pending.
Author
John BENNET
Bibliographic reference(s)
Unpublished field report, DAI (F. Lang - E. Kollia)
Date of creation
2016-09-01 00:00:00
Last modification
2018-08-22 09:24:48
Picture(s) 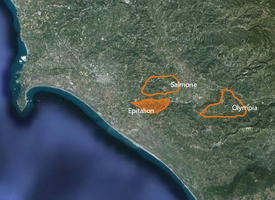 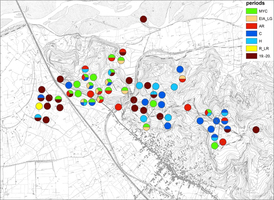 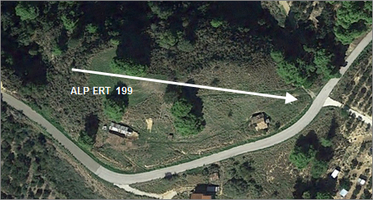 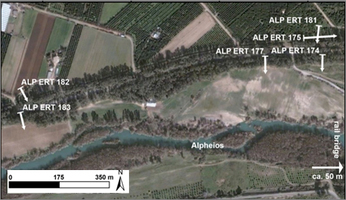