Chora Messenias, area of the Palace of Nestor - 2008

At a location c. 180-200 m SW of the Palace LH building remains were found, specifically a wall with partially worked small- and medium-sized stone running parallel with the ditch and extending under the asphalt road to the N (Fig. 1). Extension of the trench to E and W revealed a space, presumably of domestic character, within which was found a makeshift hearth made of tile and pithos fragments within a pebble floor (Fig. 2). Traces of fire, lumps of clay soil and a piece of fired mud brick were found above the hearth, while the pebble floor apparently extended under the road bed. About 3.5 m N a further wall, perpendicular to the line of the trench, was uncovered, N of which was a partially destroyed pebble floor extending to N and E (under the road bed).

In 2009 remains of walls were detected and a small amount of Mycenaean pottery collected where the trench passed in front of the Palace in the Vayena property. Further vessel fragments were recovered at a depth of 3 m in front of the parking area (at the 103rd km). Fig. 1/ Chora Messenias, area of the Palace of Nestor, wall. 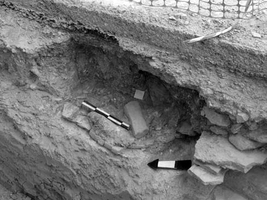 Fig. 2/ Chora Messenias, area of the Palace of Nestor, hearth and pebble floor.