Key-words
Tomb - Inscription - Tools/weapons - Metal - Stone - Glass - Cemetery
Type of Operation
Excavation - Rescue excavation
Institution
ΚΔ' ΕΠΚΑ
Toponym
Kato Elounda
Linked Record
198919921994199619992001200720082008 (1)2010
Report
Schisma Elounda, plot of E. Kounoulaki-Loukaki. V. Zographaki (ΚΔ' ΕΠΚΑ) reports on investigations that uncovered 9 tombs and probably a tenth, badly destroyed. A marble tombstone with relief decoration of a warrior and part of a built tomb were found in the area of a previously identified cemetery of the Classical, Hellenistic and Roman periods. A total of ten tombs (of which one was heavily damaged) were subsequently identified.

It seems that the vaulted, single-chamber Tomb 1 (Fig. 1) disturbed not only earlier burials, but also re-used inscribed funerary stelai as building material (Fig. 2). No attempt was made to preserve the visibility of the inscriptions. The floor of the tomb was tiled. One wall survives up to the start of the vaulting. The burial was disturbed and the interior of the tomb backfilled. A jug, three lamps, fragments of glass vessels and another inscribed block were retrieved. This vaulted tomb is the first discovered in the cemetery of Olous.
Four tombs belonging to the familiar type of tile-covered "hut tombs" (Fig. 3). All were defined by small field-stones, and one was entirely covered with them. The burials were disturbed and finds were minimal, consisting mostly of pottery. An amphora was found in tomb 3; a jug and cup in tomb 4, and a bronze hook, part of a strigil and fragments of glass vessels in tomb 8.
Three cist graves were found. The burials were undisturbed; grave goods included a few pieces of pottery and fragments of glass vessels. Pottery, tiles, part of a pin and an iron object were retrieved from soil removed from sections and apparently originate from damaged or disturbed graves. Excavations were not completed. 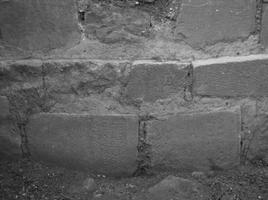