Athens, Glyfada Asteria. Konstantina Kaza (ASA) reports on continued excavation of the round pit reported in 2014 (Fig 1). The pit was originally constructed for the collection of rainwater and was associated with a metal casting workshop. At a later phase it was used as a deposit pit which contained EHI pottery sherds, obsidian blades, shells and pieces of litharge.

Two burial shafts (16 and 17) were dug into the pit. The burials indicate that the area stopped being used for workshop-related activities. The finds from the pit pertaining to this final, burial phase were reported last year.

Burial 16 contained bones belonging to 15 individuals and 2 children, and a skeleton in a contracted position with another skeleton of a young child next to it. The votive offerings include a frying pan, pyxides, two Cycladic figurines (Fig 2), a small marble phiale, bronze foils, and two pinchers. 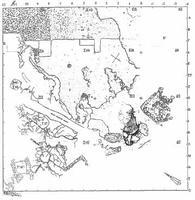 Fig. 1/ Athens, Glyfada Asteria, plan of the site and the terrain. 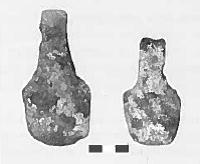