Ary III: The large Π-shaped, type 1 level washery was fully excavated as well as Rooms A and Γ (Fig 1). A carefully constructed wall forms the north side of rooms A, Γ, Δ, Ε and the Π-shaped washery (Fig 1,3). The latter had four drain openings. Room A (10.70x6.50 m.) is identified as the place where the ore was broken. Three limestone slabs were found in it and identified as the slabs used for doing this. An elongated space runs along the north side of room A (Figs 2,4). There was a door with pilasters on either side of it leading from the elongated space to the room. Four square and circular pits filled with stones were found in the room. Its floor was made of beaten earth as was the floor of room Γ. The later was entered too via a door with pilasters on both sides. Room Γ inclines slightly towards the south. Two more rooms were excavated north of the courtyard: Δ and E. A mortar-lined drain runs from the SE corner of room Δ. In addition a small cavity was found between room Δ and the washery (Fig 5).

Further west of the Π-shaped washery lays a five-room complex (12.30x7.50 m), which stands 0.60 m. higher than the washery and has a N-S orientation (Fig 1). It consists of rooms Z, H, Θ, K and I. The walls of room H are lined with hydraulic concrete.

Workshop for smelting argentiferous ores (Figs 6,7): The workshop was surveyed in 2007. Three cupellation furnaces were revealed (φ5, φ6, φ7) and one was fully investigated (φ5). C14 dating of material found in the furnace shows that it dates in Roman times (Fig 8). The layout of the workshop is identical to all such workshops in Lavrion. The cupellation furnaces were placed at a lower level from the supply area (Fig 9). The furnaces in this workshop were cylindrical, 3-4 m. high and their diameter measured 1 m. The position of the furnaces was delimited by large boulders (Fig 10). In addition, two cavities are discernible in the rooms with furnaces, one marking the location of the furnace and a second marking the place where the melting metal would pour into (Fig 10). Staircases were found adjacent to the walls separating the furnaces. Finds from the workshop include slags, litharge, charcoal, roof-tiles and Roman pottery sherds.

The workshop and Ary III were parts of the same metallurgical facility (Fig 11), and were most likely owned by the same “entrepreneur”. After chemical analyses, it appears that the furnaces were used in the Roman period for the smelting of litharge and the production of lead. 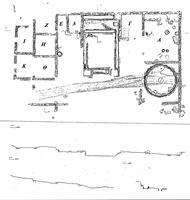 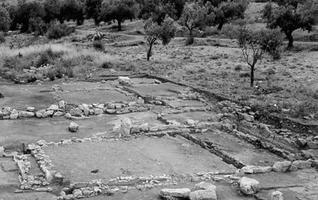 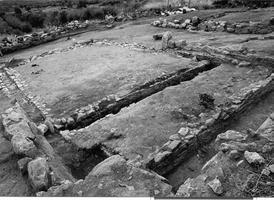 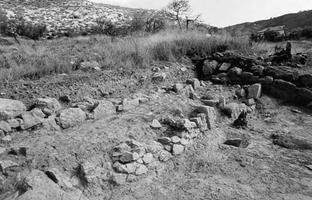 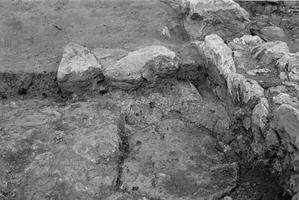 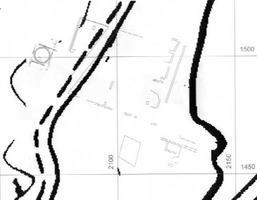 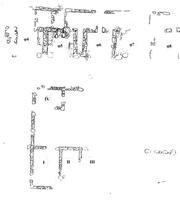 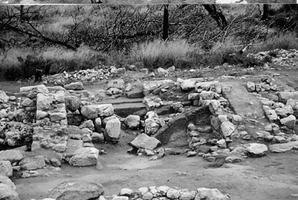 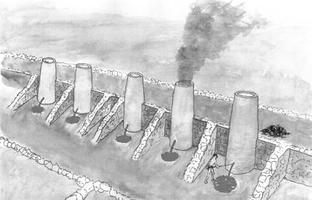 Fig. 9/ Lavrion, Ary, Workshop for smelting argentiferous ores, a reconstruction of the workshop. 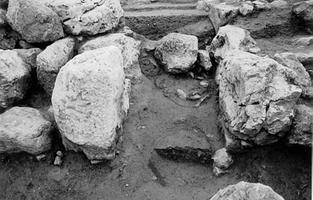 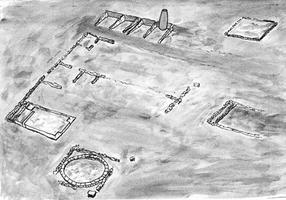 Fig. 11/ Lavrion, Ary, Workshop for smelting argentiferous ores, drawing of the workshop and its surroundings.