The first of the two roads has a NW-SE orientation and the second a N-S one (Fig 2). Both attest to three phases of construction in the Classical period and had retaining walls on both sides. The peribolos of the cemetery also functioned as part of the retaining wall of the first road.

The cemetery: A large peribolos enclosed 108 burials. These include 5 marble sarcophagi (Fig 6), 1 marble kalpe containing alabaster alabastra (Fig 3), 2 pit graves, 3 cist graves, 73 pyres, 1 stone box containing a bronze cauldron with ashes (Fig 4), 1 terracotta larnax with a rich female burial, 4 tile graves, and 18 inurned cremations (Fig 9). Of the latter one was placed in a black-figure amphora with the inscription Νικίας ἐποίησεν (Fig 7), and another in a bronze kalpe which was then put in a lekanis (Fig 10).

The burial offerings include a miniature lekanis with a lid containing unguentaria, miniature amphorae, a miniature Panathenaic amphora (Fig 5), a miniature terracotta kalpis, a ballot bead from glass paste, a bronze mirror, a ring, white ground and black-figure lekythoi, squat lekythoi, a terracotta figurine of a kourotrophos (Fig 8), glass unguentaria and alabaster alabastra.

Numerous other finds were retrieved from the spaces between the burials. These include funerary vessels dating in the late 6th and 5th c. (black-glazed and black-figure lekythoi, plates, animal figurines, a red-figure loutrophoros), the figurine of a seated female form, bronze mirrors, unguentaria, an iron knife, phialidia, pyxides, skyphoi, a miniature lamp, a hydria, a stick, an alabastron and two marble lekythoi. 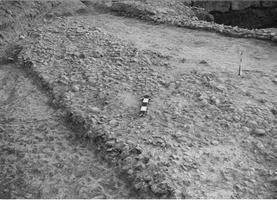 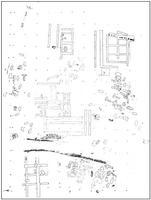 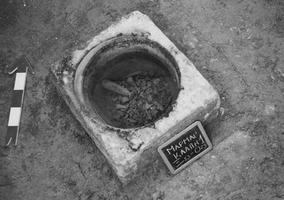 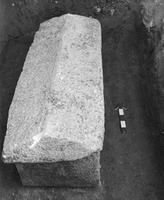 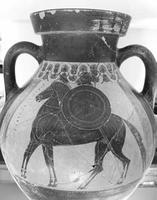 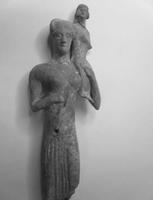 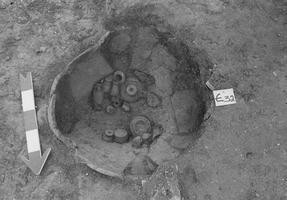 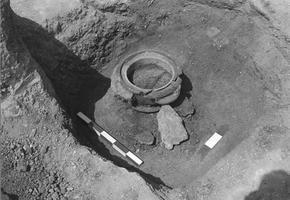