Athens, Mets, 3 Koutsodemou Yanni St. (O.T. 53011, property of D. Oikonomou). E. Alexaki-Mantzouka (Γ’ ΕΠΚΑ) reports on the discoveries of a Hellenistic to Late Roman cemetery and a Late Roman house (Figs 1,2,3,4). In total 9 burials were found: 4 pit graves, 2 tile grave, 2 in-urned cremations and a vessel containing a burial. The burial offerings include 3 unguentaria. In addition, 3 funerary colonnettes were found in secondary use in the walls of the Late Roman house. The funerary colonnettes date in the 1st B.C. – 2nd A.D. and two of them bear inscriptions:

The house was constructed with rubble walls and spolia. A hearth or kiln was found, as well as a pithos and the pit for a second one, and parts of two terracotta pipes. Finally, two late Byzantine walls were found in the vicinity of the Late Roman house. 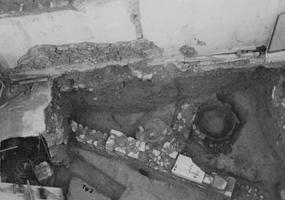 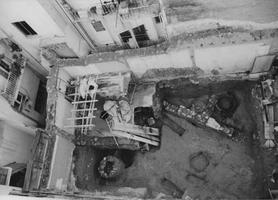