Athens, 38 Myllerou and M. Alexandrou Streets (old Metaxourgheio building). Γ’ ΕΠΚΑ reports on excavation in the basement of the old Metaxourgheio building (Figs 1,2). Two Late Roman cisterns, two pi-shaped terracotta pipes, a shaft, a Roman house and 9 burials were found. Only two of the rooms of the house were excavated, and one of them contained a hearth. The walls were constructed with rubble stones and marble spolia. More walls attest to the house having been repaired at a later phase. The burials include a poros sarcophagus, a pyre and 7 pit graves, which date in Late Hellenistic-Early Roman times.

The excavations were supervised by M. Zaglara, E. Sioula, and K. Christodoulou, and the drawings were created by K. Theocharidou. 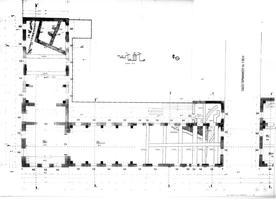 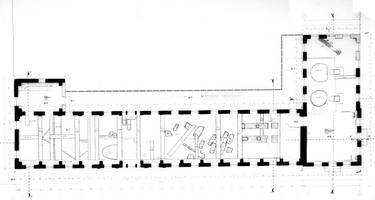