Athens, Kynosarges, 4 Diamantopoulou and Vourvachi streets. N. Sakka (Γ’ ΕΠΚΑ) reports on further excavation of the large Roman building known as the Hadrianic Gymnasium of Kynosarges (Figs 1,2). Another part of its foundations was revealed. It was constructed in the opus caementicium and resembles closely the construction technique of the Library of Hadrian. A drain constructed in the opus testaceum ran under the foundations. 3rd-4th c. A.D. sherds and part of a 4th c. A.D. lamp were found in the drain. A square shaft, used for the collection of rainwater, was found near the drain. A layer containing numerous finds (Corinthian roof tiles, part of a threshold, Late Geometric, Classical, Hellenistic, Roman and 2nd-3rd c. A.D. pottery sherds) was excavated north of the foundations. Finally, a Hellenistic road ran near the building. 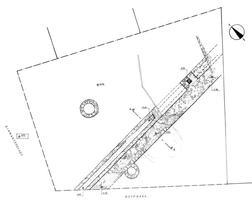 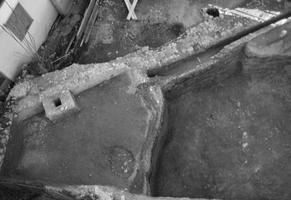