Key-words
Tomb - Architectural revetments - Building Type - Find Type
Type of Operation
Excavation
Institution
Toponym
Ileia, Elis, Ilia, Nomos Ileias
Linked Record
2006
Report
Alipheira, Diaselo (Aoni of Tasaion). Ch. Matzanas (Z’ ΕΠΚΑ) reports further investigation of a Hellenistic funerary monument which had been restored and partially investigated in 1932 and 1935 by A. Orlandos. Rescue excavation revealed that the three cover slabs had been removed from the -monument, and that it contained two tombs (1.90 x 0.40m and 1.70m deep), built of limestone and sandstone blocks. Tomb B had been looted and was filled with soil, sherds, bones and broken tiles; however fragments of tortoise shell were found in at a depth of 1.55m, and an unused ceramic pot and a red terracotta lamp next to the skull. This may be the grave of a female.
The facade of the funerary monument is 3m wide and preserved to a height of 1.50m. The stylobate and euthynteria are intact and well preserved. The southern retaining wall and three pillars, two in situ the third broken, also survive.
Author
Catherine MORGAN
Bibliographic reference(s)
ADelt 61 (2006) Chr., 419-21; A. Orlandos Η Αρκαδική Αλίφειρα και τα Μνημεία της, Αθήνα, 1967-1968, 219-225
Date of creation
2015-10-13 00:00:00
Last modification
2018-08-22 09:24:47
Picture(s) 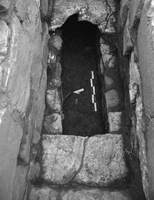 Fig. 2/ View of the funerary monument from the west