Key-words
Tomb - Bone
Type of Operation
Excavation
Institution
Toponym
Chora, Lygudista, Ligoudista
Linked Record
2006
Report
Englianos. X. Arapogianni (ΛΗ’ ΕΠΚΑ) reports the discovery of a Mycenaean tomb (K-3) beside Tomb K-1 (previously excavated by the ASCSA). The tomb, oriented north-south with a south-facing entrance, is an irregular trapezoidal shape (3.6m north-south and 3.1m east-west) with a 9.3m-long dromos which is 1.92m wide at the entrance and 0.9m at the exit. The roof of the tomb had collapsed. In the dromos were a large number of sherds, seven kylikes, a spouted flask with signs of burning, and a shallow basin. Although there was only a minimal quantity of bone inside the chamber, a large number of Late Helladic IIIA-B vessels lined the chamber walls. In the north-northwest corner of the tomb, a small circular pit contained skull fragments and two femoral bones.
Author
Catherine MORGAN
Bibliographic reference(s)
ADelt 61 (2006) Chr., 373-75
Date of creation
2015-09-23 00:00:00
Last modification
2021-02-23 12:58:34
Picture(s) 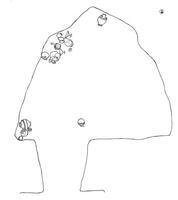 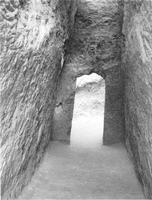 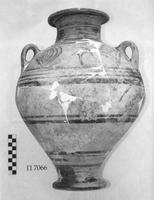 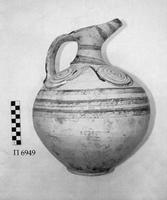 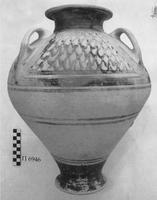