Key-words
Church - Numismatics - Architectural revetments - Religious building - Find Type - Building Type
Type of Operation
Excavation - Research excavation
Institution
American School of Classical Studies at Athens
Toponym
Korinthos, Corinth
Linked Record
2011201420152019
Report
Ancient Corinth. G. Sanders (ASCSA) reports on further excavation on the north side of the Frankish area (excavated between 1987 and 1996 south of the museum) in preparation for its conservation. Work concentrated in and around Unit 2.
The discovery of burials in a number of locations hindered attempts to find features including the foundation trench along the north side of the church (which would provide a terminus post quem for its construction), as well as dating evidence for the original floor of the church, and for two modifications that raised the floor level initially by ca. 0.5 m. and then by a further 0.6 m. Burials in Room 6 also prevented excavation to floor level; however the walls of rooms 7 and 8 were dug into a compact levelling dating to the last decades of the 13th century, indicating that rooms 6-8 were later additions to the complex. Room 9 predated Room 8. The South Hall and rooms 2 and 3 were also additions more or less contemporary with those to the north. A coin of William Villehardouin in the foundation trench of the west wall of Room A reveals that this too was a later extension and not part of the original plan as formerly thought.
Unit 2 originally consisted of the church with a door in the west wall of the narthex opening onto rooms B and C+D. The walls of the rooms are built of large orthostats set vertically at intervals with dry stone construction in between. They are deeply founded on rubble and finished with a white lime plaster facing. The church was built in similar fashion but with lime mortar instead of earth. The floors of the two western rooms were originally paved with square tiles. In a second phase, room C+D was divided into two unequal parts. The eastern part was used for burials, and the threshold of the door between it and the narthex was raised by about 0.5 m. The western part was united with room 3 of the southern addition by demolishing its south wall. Rooms A, E+F, G, H and 6 to 8 were probably added at this point. The final modifications included the raising of the surface around the church by about 6 m with a sterile red earth fill. The narthex floor and the floor of the church were also raised by a corresponding amount. Graves were dug into these fills on the east and south sides of the church.
Preliminary study of finds (including glass, pottery and bone) from three storage pits, floor deposits and dumped fills has altered our understanding of the chronology of late medieval Corinth. The Corintum coinage is now known to predate the Corinti coinage of William Villehardouin. Probably introduced by Geoffrey II (or perhaps Geoffrey I), it replacing the sub-Byzantine imitative coins issued by the Latin Kingdom with a western style coinage in the principality. Below the collapsed roof tiles and fallen walls of Unit 1 were jetons struck by mid 14th- to early 15th-century northern Italian merchants trading within the territories controlled by the Acciaiuoli family from 1358. The destruction of Unit 1 and most of Unit 2 was not the result of an earthquake and the Catalan sack in the first decades of the 14th century, as previously thought, but of neglect in the decades after the Black Death with collapse and dilapidation dating ca. 1400. Coins of Philip of Tarentum are the latest so found. One outcome is that the glass, Protomaiolica, Veneto and Pisana wares previous the early decades of the 14th century must be distributed throughout the 14th century.
The chronology of the phases of Unit 1 can be tentatively outlined. The first phase, based on the plan of the church, is mid- to third quarter of the 13th century. The second phase is early 14th-century with burials in Room D dating throughout that century. The final phase postdates the beginning of the 16th century (on the basis of a coin in the lower reaches of the red earth layer around the church, and noting that one of the graves dug into layer is dated by a coin to after 1603).
Author
Catherine MORGAN
Bibliographic reference(s)
Unpublished field report, American School of Classical Studies at Athens
Date of creation
2015-06-26 00:00:00
Last modification
2018-08-22 09:24:46
Picture(s) 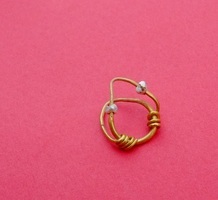 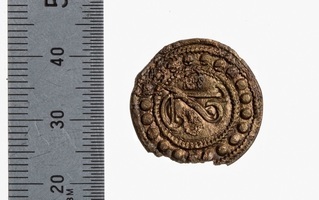 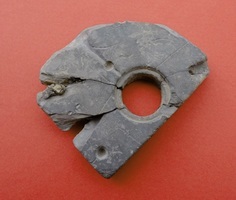 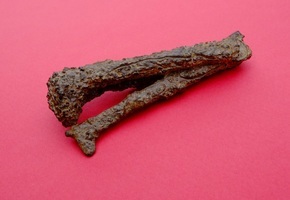