Key-words
Tomb - Inscription - Dress and personal ornament - Public area - Domestic space - Road system/waterway
Type of Operation
Excavation - Research excavation
Institution
ASCSA
Toponym
Agora antique, Athenian Agora
Linked Record
2006200720082008 (1)20092010201120122013201420152016201720182019
Report
Athens, ancient Agora. John Camp (ASCSA) reports on the 2014 season.
Eleventh-century AD houses continued to be exposed in Section ΒΘ west (figs 1, 2, 3, 4). In one room, a second pithos was found immediately adjacent to one found in 2012, its mouth closed with a very large square tile. A further pithos was found in the room immediately to the north.
Walls exposed in section ΒΘ east seem largely contemporary with those found further west. All were full of spolia: pieces of gravestones were common, along with several large limestone architectural blocks, some of which may be associated with the Painted Stoa. Other large marble blocks may come from monuments set up in front of the Stoa. An earlier phase of Byzantine settlement is represented in the eastern section by a pithos found almost over the river, with its mouth at an appreciably lower level than any other in the area, and by the walls of Room 1.
Cleaning in BΘ east produced a fragment of an inscribed opisthographic stele in Hymettian marble (fig. 5), which is part of the records of the Poletai, the state auctioneers responsible for leasing out mineral rights for the state-owned silver deposits in southern Attica (Aristotle, Ath. Pol. 47. 2-3). Preserved length: 0.18m, height 0.08m, thickness 0.12m. Letter height: 0.004 (Ο) – 0.006 m (Σ). Stoichedon.
Face A:
…σ.ντ..σα…
…α Διοκλέους ε…
…ος πρὸς [ἡ]λίου ἀ[νιόν …
…μενο Διοκλέιο…
5 …ς Ἀχαρ: ἀπεγρ[άψατο…
…[μ]έταλλον παλαι[ὸν …
…..Τιμησίου Σο[υν]…
…[Τιμ]ση[σί]ου
Face B:
…οτό…
…:Φαία…
…υ Σφέττ[ι:]….
…ου.πε…
The small letters, the opisthographic arrangement, the abbreviated demotics, and the interpuncts allow the piece to be identified as an account or inventory. The format follows several others dated to the fourth century BC: layout, abbreviations, and the content of the new piece find their closest parallels in the 340s.
Section BZ (fig. 6);tomb J 1:11. North of the Classical commercial building are traces of deep, early fills and several disturbed tombs cut into bedrock. One cutting made to a depth of ca. 1.5m created a large chamber within the bedrock, now collapsed (the excavated part is ca. 1.1m deep and over 2.2m across). Its homogeneous, reddish clay fill contained Late Geometric pottery. Near the bottom lay several pieces of fallen bedrock: a small shallow bronze bowl (ca. 0.1m in diameter) lay beneath one, along with bone fragments. Next to it, along the north wall, was the semi-articulated skeleton of a woman perhaps in her thirties, in semi-flexed position, with parts of the cranium and lower jaw oriented to the east. To the east was a scatter of glass-paste beads and small bronze cylinders which may have been spacers or wire from a necklace (fig. 7).These finds likely represent a collapsed Mycenaean chamber tomb which was cleaned out and filled in the late eighth century BC. At the bottom of the chamber, a Late Helladic IIIA piriform jar (fig. 8) confirms the date of the original tomb. Also recovered was a second skeleton with a necklace of assorted beads (at least two of polished carnelian).Elsewhere in the area,scattered material of the decades around 700 BC includes the rim of a Geometric bowl with a dog in pursuit of a hare (fig. 9), part of a large Geometric amphora with a bird (fig. 10) and a largely complete Phaleron cup (fig. 11). To the south, near the Classical commercial building, fifth-century deposits include black-glaze sherds a red-figured skyphos with a satyr holding a large mallet or hammer (fig. 12).
Exploration of the Panathenaic Way continued in Section BΓ, where a northward extension of the excavation revealed several very hard-packed, level Hellenistic road surfaces. The absence of distinctive wheel ruts reinforces the notion that the road was closed to wheeled traffic. Lower, Classical, levels contained numerous pits of various depths and sizes: examples elsewhere are interpreted as sockets for the supports for the wooden ikria. The position of the post-holes suggests the course of the road shifted slightly over time, the earlier course running somewhat to the north of the Hellenistic one.
Author
Chryssanthi PAPADOPOULOU
Bibliographic reference(s)
Unpublished report, ASCSA
Date of creation
2015-06-26 00:00:00
Last modification
2020-02-17 11:20:19
Picture(s) 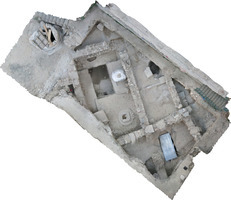 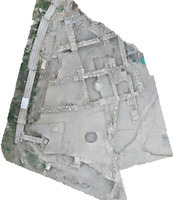 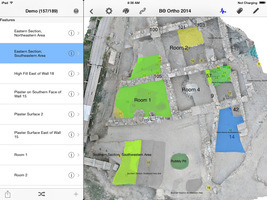 Fig. 3/ Athenian Agora, a screen capture of iDig illustrating how the composite aerial photograph was incorporated into the digital records of section ΒΘ west. 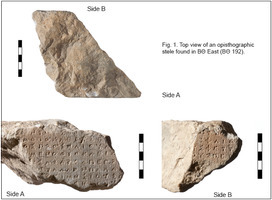 Fig. 6/ Athenian Agora,plan of the sections.

Fig. 9/ Athenian Agora, Geometric bowl with a dog in pursuit of a hare 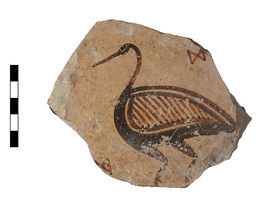 Fig. 10/ Athenian Agora, Geometric amphora with a bird painted on it. 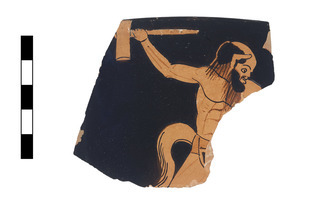