Key-words
Pipe/drain - Numismatics - Domestic space - Find Type - Site Type
Type of Operation
Excavation - Rescue excavation
Institution
Β’ ΕΠΚΑ
Toponym
Athènes, Athens
Linked Record
2006
Report
Marousi, 9 Psarianou and Corinthou Streets (Tsiardaki property). Irene Vrettou (Β’ ΕΠΚΑ) reports the discovery of three buildings and eight silos.
Building 1: two rubble walls (2, 3) with large boulders placed on the north side for structural support.
Building 2: eight rooms and a long north-south corridor, with walls of rubble and mortar. A terracotta tiled floor is partially preserved in room 6.
Building 3: rooms 10-13, with a terracotta pipe and a stone water-channel, plus four circular constructions in the angles of the walls.
The silos were not all of the same date, although they all postdate the buildings. Silos 4, 6, 7 and 8 were built of rubble, roof-tile fragments and soil, with tiles floors and mortar used only to coat the interior walls. Silos 1, 2, 3 and 5 had thicker walls covered on both sides with mortar. The silos appear to have fallen out of use in antiquity since large quantities of stones, soil and broken tiles were used to seal them.
The area was in use from the first century BC until the ninth century AD. The pottery collected consisted of undecorated or combed vessels, with some black- and red-glazed sherds from the western part of the plot. A coin of Leo VI and a grave stele in secondary use were also found.
Author
Chryssanthi PAPADOPOULOU
Bibliographic reference(s)
ADelt 61 (2006) Chr., 155-157
Date of creation
2015-06-26 00:00:00
Last modification
2018-08-22 09:24:46
Picture(s) 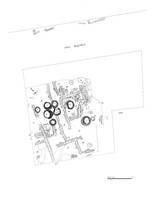 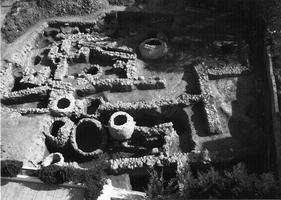 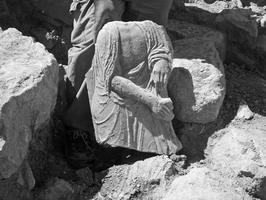 Fig. 4/ Marousi, 9 Psarianou and Corinthou Streets, a grave stele in secondary use.