Key-words
Fortifications - Sanctuary
Type of Operation
Restoration/Conservation/Reconstruction
Institution
ΛΖ’ ΕΠΚΑ
Toponym
Archaia Feneos, Kalyvia (Previous)
Linked Record
2009
Report
Anc. Pheneos. K. Kissas (ΛΖ’ ΕΠΚΑ) reports on supplementary excavation in connection with site conservation and display. In the Asklepieion, first excavated by E. Deilaki in the 1960s, excavation established the southward continuation of the retaining wall which served as sanctuary peribolos in the northwest, and the existence of a stone pavement to the west of it (see ADelt 20 [1965] Chr., 158). The wall was built into an opening in a pre-existing pavement, a sequence which dates the wall to the Late Hellenistic period (sherds from the pavement date it to the Early Hellenistic, late fourth- to early third-century). Just west of the retaining wall was a dry stone wall which defined the stone pavement from north-south (while the pavement itself was not preserved to the west of it, destruction deposits were). The new stone pavement associated with this likely dates to the mid second century BC.
The partially preserved fortification around the acropolis was cleaned and planned. The wall, in polygonal masonry stands to a maximum height of 1.6m (four courses) and is ca. 3.2m thick; the circuit includes a probable six towers (four of which were cleaned, while the predicted locations of towers 5 and 6 remain to be investigated). While the date of the fortification cannot yet be securely established, an early Hellenistic date is proposed.
At Katevasies on the southern edge of the plain (1.5km north of the village of Mati), a round tower/guard post on a pyramidal base lay on the ancient road from Orchomenos to ancient Pheneos and close to the sink-holes at the base of Mavrovouni. The structure was preserved to a height of 2.8m (the estimated total height is over 20m) and the base to 2.1m (of a probable original 2.65m); the diameter of the base is 16m and that of the tower 10.5m. The tower was first located in the 1990s, but cleaning revealed the unusual pyramidal base (two parallels, at Elliniko and Lygourio in the Argolid, have orthogonal towers). The form of the base should be associated with siege activities of the period, as a means of protection from a ram or siege ladders. Excavation indicated a construction date in the last quarter of the fourth century BC.
Author
Catherine MORGAN
Bibliographic reference(s)
K. Kissas in K. Kissas and W.-D. Niemeier (eds), The Corinthia and the Northeast Peloponnese (Munich 2013), 437-442; ADelt 63 (2008) Chr., 553-554.
Date of creation
2014-07-29 00:00:00
Last modification
2019-08-13 17:17:41
Picture(s) 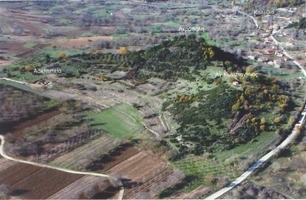 Fig. 1/ Anc. Pheneos, the acropolis with the Asklepieion and the chuch of St. Constantine.

Fig. 2/ Anc. Pheneos, the Asklepieion from the east. 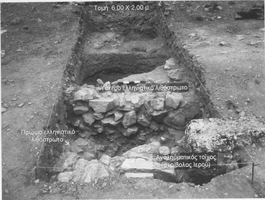 Fig. 3/ Anc. Pheneos, trench west of the peribolos of the Asklepieion.

Fig. 4/ Anc. Pheneos, the fortification wall prior to and after cleaning.

Fig. 5/ Anc. Pheneos, part of the fortification wall from the north.

Fig. 7/ Anc. Pheneos, tower 2 from the west prior to and after cleaning. Fig. 10/ Anc. Pheneos, the acropolis from the north with the towers and the gate. 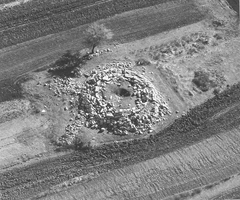