Key-words
Tomb - Lamp - Tools/weapons - Dress and personal ornament - Metal - Glass
Type of Operation
Excavation - Research excavation
Institution
ΛΖ' ΕΠΚΑ
Toponym
Archaia Korinthos, Palaia
Linked Record
2007
Report
Ancient Corinth. P. Kassimi (ΛΖ’ ΕΠΚΑ) publishes a Mycenaean tholos tomb discovered on the coastal plain 2km north of the archaeological site of ancient Corinth (just to the west of the North Cemetery) during the construction of the Corinth-Patras high-speed railway. Four later burials inside the perimeter of the tholos comprise an Archaic limestone sarcophagus with 39 vases around the tomb and 35 vases, bronze and bone objects inside it, plus three Geometric limestone sarcophagi (one with six vases and an iron dagger, another with 10 vases, and the third with 11 vases, bronze pins, gold spirals and a bronze ring).
The 2.9m wide dromos, which did not have supporting walls, ran north-south for 12.2m as preserved: within it were Geometric sarcophagi with rich grave goods. The west stomion wall was preserved for a length of 2.7m (three courses high) and the east for 1.38m (one course). The entrance was sealed with a dry stone wall of large unworked blocks.
The tholos, 6.7m in diameter, was built of largely unworked blocks of hard limestone and conglomerate, with smaller stones as wedges: a fill of earth and small stones lay over the trimmed bedrock, beneath the tholos wall. The chamber fill contained patches of clay plus carbonized wood and clay. The entire interior of the chamber had been looted and was disturbed: bones, sherds, and stones from the collapsed superstructure were mixed (sherds from the same vase were widely separated). Two jars were found, one of which contained bones of displaced burials. Beads of gold and of blue glass and bronze arrowheads were scattered over the floor. The only burial pit in the chamber, just to the west of the entrance wall, contained two Late Helladic IIA three-handled jars (lying with their mouths together in the centre of the pit), two earlier, intact vessels, a Late Helladic I mainland polychrome jug with cutaway neck, a grey chytra and a whetstone. The pit had been looted (it contained a sherd from an alabastron belonging to a group of vessels placed elsewhere in the chamber). A 5.46m long ditch aligned with the dromos divided the chamber into two equal parts: 1.74-1.8m wide and 0.15-0.7m deep, it contained a black earth fill with much pottery, bone and small finds. Electrum beads found in both the trench and the burial pit probably came from a necklace deposited in the pit. The later tomb 1 (a single inhumation) lay above the black layer inside the trench, by the chamber entrance: no grave goods can be associated with it.
Both of the LHIIA jars in the pit contained bones and grave goods: one held a bronze phiale (similar to one from grave Δ in Grave Circle B at Mycenae) and a small bronze knife with a bone handle. A near complete LHII-IIIA two-nozzled terracotta lamp found in the chamber imitates Minoan stone prototypes (and is dated by reference to a marble parallel from chamber tomb 88 at Mycenae). LHIIB round and straight-sided alabastra were also found. Five sealstones (not postdating LHIIA) were found, two of which bore depictions of lions. The latest items were two LHIIIC bronze violin bow fibulae. The tomb thus contained items dating from LHI to LHIIIC, although continuing study will determine whether it was in continuous use or was re-used in LHIIIC.
While the tomb cannot be associated securely with any single settlement, its proximity to Ancient Corinth and Cheliotomylos is noted.
Author
Catherine MORGAN
Bibliographic reference(s)
K. Kissas and W.-D. Niemeier (eds). The Corinthia and the Northeast Peloponnese (Munich 2013), 45-53 (P. Kassimi); ADelt 62 (2007) Chr., 538
Date of creation
2014-07-29 00:00:00
Last modification
2019-08-13 15:43:01
Picture(s) 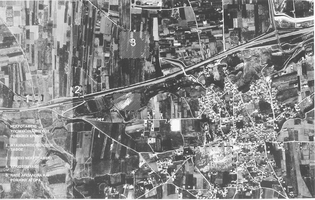 Fig. 1/ Ancient Corinth, the tholos tomb and its wider area.

Fig. 2/ Ancient Corinth, Archaic grave found inside the perimeter of the tholos. 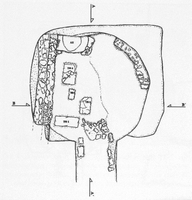 Fig. 3/ Ancient Corinth, Archaic graves and paved road found inside the perimeter of the tholos. 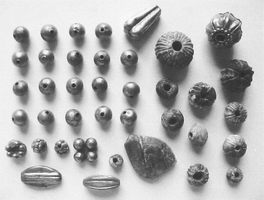 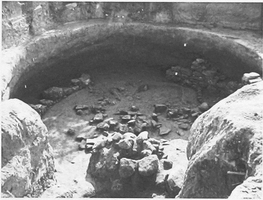 Fig. 5/ Ancient Corinth, commencement of excavations at the tholos. 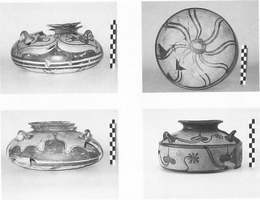