Key-words
Cave - Site Type
Type of Operation
Excavation - Research excavation
Institution
ΕΠΣΝΕ
Toponym
Hydra
Linked Record
2005
Report
Hydra, Pevges (property of S. Bikou). Cave of Kolokotronis. C. Agourides and A. Mari (ΕΠΣΝΕ) report on survey of a cave the interior of which has a series of small level surfaces used by human populations at various stages of prehistory and late antiquity. Looting was noted in two areas from which two pieces of worked obsidian and a quantity of sherds were recovered - the latter dating mostly to Final Neolithic (4,500-3,300/3,200 BC) but with Early Helladic and Late Roman-Early Christian also present. Most of the Neolithic sherds are handmade coarseware, including a few examples of relief or relief and impressed ware. Some sherds with other decorative techniques - red slipped and burnished, red pattern burnished, and red and white – are noted. The categories represented are characteristic of the early phase of Final Neolithic, when both Aigina and Salamina were settled. Most sites of this period (this cave included) were oriented towards the sea, overlooking the neighbouring coasts, islands, and sea traffic. The discovery of Neolithic pottery in the area around the cave and in various places in the modern Chora (which is immediately below the cave) suggests the existence of settlement, with the cave serving as a place for food storage or ritual. There is no evidence for permanent or periodic settlement in the cave.
Author
Catherine MORGAN
Bibliographic reference(s)
ADelt 60 (2005) Chr. B2, 1216-1218
Date of creation
2014-07-21 00:00:00
Last modification
2018-08-22 09:24:44
Picture(s) 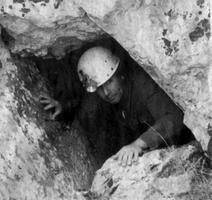 Fig. 1/ Hydra, Pevges (property of S. Bikou). Cave of Kolokotronis, the entrance to the cave. 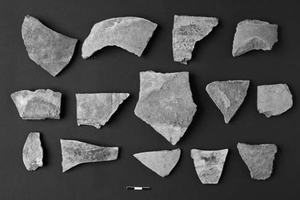 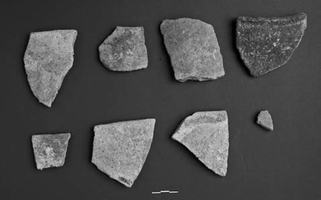 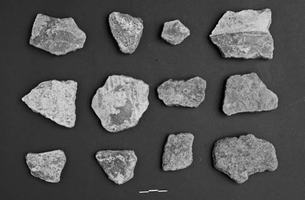 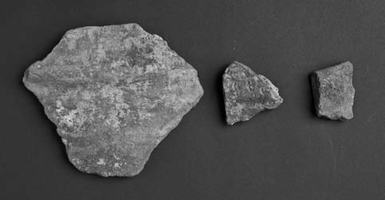