Key-words
Fortifications - Palace - Hearth/Kiln/Oven - Territory
Type of Operation
Restoration/Conservation/Reconstruction
Institution
Δ’ ΕΠΚΑ
Toponym
Asinè, Asini, acropole
Linked Record
198919901990 (1)1990 (2)199119941994 (1)199619972002200520092010
Report
Ancient Asine. Ch. Piteros (Δ’ ΕΠΚΑ) records observations made in the course of cleaning and excavation of the fortification wall for a new access way to the acropolis. Exposure of the inner face of the original early Hellenistic inner circuit showed that it was built of soft limestone blocks (the exterior, polygonal face is in hard limestone); the total width of the north side of the wall is estimated at 4.1m. The western part of the lower, sea wall was destroyed by the sea during the Early Byzantine period: a new wall was then built (1.6m thick, preserved height 0.9-1m). The surviving remains of the Early Byzantine western sea wall preserve a small gate leading up to the western side of the acropolis (a second, southern gate is also attested, 5.8m away). Within the fortified acropolis, the Chapel of the Panagia was built on the site of a larger three-aisled church of the fifth to sixth century AD.
Building foundations and pottery indicate Early Helladic and Mycenaean occupation in the area outside the acropolis fortification on the west side. Fifty-seven metres west of the west fortification wall lies the northern part of a double kiln (the southern part is lost to the sea) dated to the second period of Venetian rule (1686-1715), noting the tiles used in the construction. The lower part of the firing chamber, the clay floor and the collapsed superstructure are preserved. Five metres to the west lay the walls of an Archaic building.
Author
Catherine MORGAN
Bibliographic reference(s)
ADelt 60 (2005) Chr. B1, 265-267
Date of creation
2014-07-15 00:00:00
Last modification
2021-07-29 17:38:20
Picture(s) 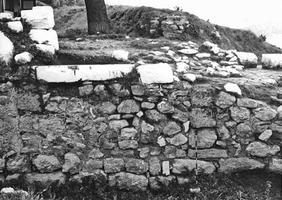 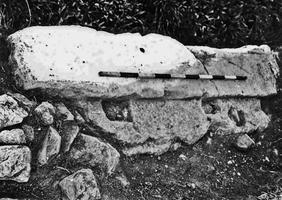 Fig. 2/ Ancient Asine, northern side, threshold of the gate. 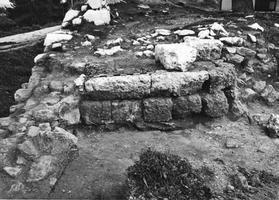 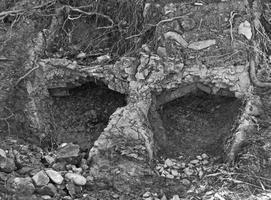