Key-words
Bath - Cistern - Figurine - Mosaic - Painting - Public area - Production/extraction site
Type of Operation
Excavation - Rescue excavation
Institution
Δ’ ΕΠΚΑ
Toponym
Argos
Linked Record
2005
Report
Argos. 39 Danaou Street (property of the Xixi brothers, O.T. 134A). Ch. Piteros (Δ’ ΕΠΚΑ) reports the discovery of Archaic, Hellenistic and Roman building remains.
In the southeast of the plot, at a depth of 2.37-2.45m, three rooms of a Roman bath complex had partially preserved floor mosaics covered with terracotta tiles. The building continued beyond the excavation area to the east and south. By the west side was a Roman cistern lined with terracotta tiles. Three sections of floor mosaic survive: a) northernmost floor (3.6 x 2.1m), with a band on the south edge of alternating lozenge and hourglass motifs in black and white tesserae, inside that a band of net motif and then a central scene surrounded by a garland, preserved parts of which depict a vine and the head of a bird in black, white, blue and dark brown; b) (3.22m x 1.53 as preserved) a central panel with geometric decoration of triangles and lozenges surrounded by bands, in red, black and white; c)5 x 1m section with a black border and a band of hourglass and cross motifs in black and white.
Beneath the Roman bath lay the foundations of a Hellenistic building plus a rectangular (2 x 6m) building which probably housed a press (noting the base of a terracotta basin and a press stone built into a Roman wall, along with a Classical-Hellenistic marble base with cuttings for a bronze statue of an adult figure). Immediately beneath this level were two deposits containing fragments of Hellenistic wall-painting in purple, yellow, white, red, grey and black colours in varying combinations.
In the west part of the plot were the foundations of a Roman ironworking shop.Two rooms were traced, but the structure extended beyond the excavation area. Beneath this were Hellenistic foundations, with Archaic beneath them. On the north side of the excavation area, an Archaic pithos contained the inhumation of an adult without grave goods. An enchytrismos of an infant in a table amphora and a pit grave of an infant without goods were found in the same area.
Fines from the excavation as a whole include, in addition to pottery, coins, fourth- to second-century BC unguentaria, lamps and Hellenistic figurines (including a koutrotrophos).
Author
Catherine MORGAN
Bibliographic reference(s)
ADelt 60 (2005) Chr. B1, 257-259
Date of creation
2014-07-14 00:00:00
Last modification
2020-04-02 16:38:34
Picture(s) 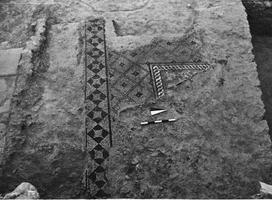 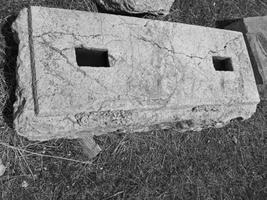 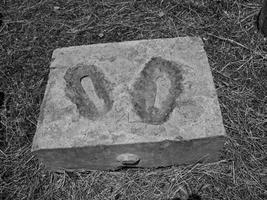 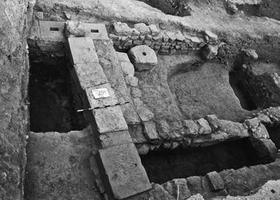