Key-words
Bath - Mosaic - Public area - Building Type - Find Type - Site Type
Type of Operation
Excavation - Rescue excavation
Institution
ΣΤ’ ΕΠΚΑ
Toponym
Aigion, Vostitsa
Linked Record
2005
Report
Aigion, Agiou Meletiou Alley (property of G. Papanastasiou). E.-I. Kolia (ΣΤ’ ΕΠΚΑ) reports the discovery of a (probably public) Roman bath complex which extended onto neighbouring plots. Four rooms were identified: their walls had two faces in opus testaceum with a stone and cement fill (opus caementitium) and interior faces clad in marble. Room 2 had a wall mosaic in stone and coloured glass. Hellenistic walls lay beneath the Roman Room 1. Two column bases and a water channel in room 1 likely relate to a later construction phase. Room 2 had at least two successive cement floors. The largest room, 3, with an apse in the south wall, contained the hypocaust (the columns of which were preserved, along with parts of the cement floor). Room 4, at the west edge of the plot was partially investigated; it was probably the second room of the caldarium. Debris of the collapsed upper floor was found in the northwest corner. The complex had evidently been renovated on various occasions until its destruction in the Late Roman period. It is to be associated with remains excavated in 1971 at 22 Andronopoulou Street, to the northwest (ADelt 26 [1971] Chr. 185).
Author
Catherine MORGAN
Bibliographic reference(s)
ADelt 60 (2005) Chr. B1, 362-363
Date of creation
2014-07-08 00:00:00
Last modification
2018-08-22 09:24:44
Picture(s) Fig. 1/ Aigion, Agiou Meletiou Alley (property of G. Papanastasiou), view of the excavation from the SE. 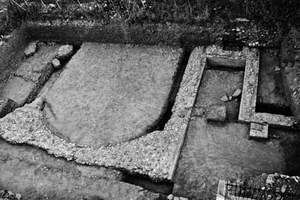 Fig. 2/ Aigion, Agiou Meletiou Alley (property of G. Papanastasiou), view of the excavation from the SW (prior to the excavation of the interior of the bath).