Key-words
Public building - Sanctuary - Road system/waterway - Building Type - Site Type
Type of Operation
Excavation - Rescue excavation
Institution
Η’ ΕΠΚΑ
Toponym
Kanoni
Linked Record
2005
Report
Kanoni (Voutsela property). G. Metallinou (Η’ ΕΠΚΑ) reports that the completion of excavation on this property revealed sections of roads and roadside structures arranged in a unified architectural plan.
Building complex A: no further work was done except to uncover the westwards continuation of wall 8a (over which was a rooftile fragment stamped ΔΑΜΟΣΙΟΣ).
Building complex B: tests inside the complex revealed that use of the area dates back to the Archaic period. The existence of a shrine is confirmed by finds of terracotta altars and Archaic figurines (mostly enthroned board- and bird- forms of the second half of the sixth century, plus one example of the Corfiot enthroned group A and one dwarf). A quantity of sherds of Archaic resin-lined pithoi was found.
In the west part of the plot, five pseudo-isodomic walls from a further building complex were revealed beneath the topsoil. Insider the complex was a water channel with a well-preserved outlet. Purely Archaic pottery was found and at higher levels than elsewhere on the plot.
The existence of the third building complex in the east part of the plot was confirmed, although the greatest part of this lay beyond the plot.
The total number of coins recovered from this plot rose to 1,346, with most dating to the third and second centuries BC. Finds from the 2005 season (six silver coins and the remainder bronze) including coins of the Aetolian League, Syracuse, Macedon, Dyrrhachium and the Epirote League. Also recovered were bronze tools, bone artefacts, stamped amphora handles, amphora toes, loomweights, domestic and cooking pottery (frying pan handles, brazier supports, and terracotta spools), iron nails, moulds, shells, bronze hooks, pigments and slag. Pottery spanned the Archaic to Late Hellenistic periods. As indicated in previous years, buildings were partially founded in earlier levels, creating frequent disturbance in all phases of use.
Author
Catherine MORGAN
Bibliographic reference(s)
ADelt 60 (2005) B1 Chr. 553-4
Date of creation
2014-03-29 00:00:00
Last modification
2018-08-22 09:24:43
Picture(s) 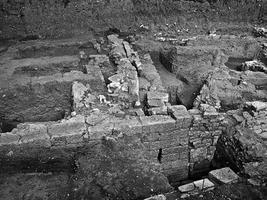 Fig. 2/ Kanoni (Voutsela property). Buildings in the west part of the plot.