Key-words
Public building - Fortifications
Type of Operation
Excavation - Research excavation
Institution
Α ΕΠΚΑ
Toponym
Athens Centre (Plaka, Monastiraki), Athènes Centre
Linked Record
2005
Report
Athens. Library of Hadrian. A. Spetsieri-Choremi (Α ΕΠΚΑ) reports on excavations in the west peristyle, between the fifth and seventh columns from the north, west of the Othonian steps, where in 2003 and 2004 levels from the surviving portion of the Othonian paved floor to the peristyle of the monument had been removed. The area between the western and eastern ends of the peristyle was excavated where a terracotta floor had previously been revealed (Fig. 1). Study of the lower courses of the stylobate revealed the euthynteria, consisting of loose material and limestone blocks below the fifth and sixth columns from the north, below the Othonian steps (Fig. 2). The blocks are founded in rubble, stones and mortar (opus incertum) to a total height of nearly 0.55 m. Investigation of the foundations of the toichobate and the marble revetment of the interior of the north wing revealed a section of marble toichobate in situ (Fig. 3).
An 8m-long stretch of the Late Roman walls (Fig. 4) was revealed, consisting of a wall in opus testaceum about 1.7m thick.
Author
Robert PITT
Bibliographic reference(s)
AD 60 (2005) Chr. B1 61-64
Date of creation
2014-03-25 00:00:00
Last modification
2020-02-10 14:09:50
Picture(s) 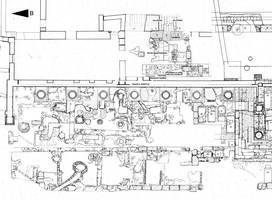 Fig. 1/ Athens, Library of Hadrian. Plan of the north-west section of the monument. 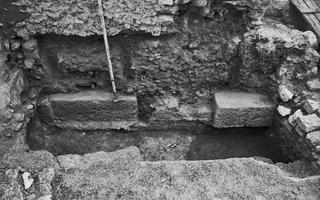 Fig. 2/ Athens, Library of Hadrian. Section of euthynteria revealed at the 5th and 6th column, view from the west. 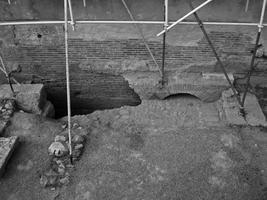 Fig. 3/ Athens, Library of Hadrian. View of the preserved substructure of the north wing, and the Late Roman walls. 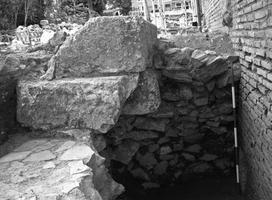 Fig. 4/ Athens, Library of Hadrian. Part of the Late Roman walls, view from the north.