Key-words
Residence - Dress and personal ornament - Sculpture - Domestic space
Type of Operation
Excavation - Rescue excavation
Institution
Α ΕΠΚΑ
Toponym
Athens South (Makrygianni, Koukaki, Kynosarges, Mets), Athènes centre-Sud
Linked Record
2005
Report
Makrigianni (New Acropolis Museum plot). S. Eleftheratou (Α’ ΕΠΚΑ) reports on further excavation in the southern section of the plot ahead of the placing of a supporting column for the museum (Fig. 1). The western part of a room (ca. 4 x 5m) off the southeast courtyard of House Θ was investigated; it belonged to the building’s sixth-century AD phase, with walls typical for the period in rough stones with bands of brick and mortar. A Middle Byzantine storage construction removed the floor of the room, but excavation beneath revealed phases from the fifth century BC to the third century AD. In Classical and Hellenistic times, the area consisted of a smaller room (10) and an elongated space to its west (9) (Fig. 2), the north part of which had previously been investigated. The room lies to the south of the vestibule (8) and the andron (7) and communicates directly with them. The southern boundary was outside the excavated area and reconstruction (Fig. 2) is therefore hypothetical. Area 9 probably constituted the main access corridor to the house from the street to the south. The walls of these new areas preserved foundations of dressed limestone blocks in polygonal masonry, which remained in use until the late Hellenistic period when House Θ was destroyed, perhaps during the Sullan sack of 86 BC.
A disturbed tile grave (Figs 1-3) in the corridor of the house contained a few burnt bones, black-glaze sherds (skyphoi, bowls and plates), a small red-figure chous with a depiction of a child, a small lebes, lamps, a stone egg, an iron hook, bronze sheet, a ring, an earring, two pyramidal loom weights, and six bone astragaloi. The burial, probably of a young girl, dates to the last quarter of the fifth century BC, and may provide a terminus post quem for the reorganisation of the area into residential space in the late fifth century.
At the end of the second century or the beginning of the first, a marble and terracotta floor in opus signinum was laid in room 10, with a marble and tile mosaic at the southeast end featuring a star. A first-century BC (perhaps Sullan) destruction layer lay above this floor; above this were packed layers of marble chips from a later workshop.
Around the middle of the second century AD, House Θ was rebuilt. It remained in use until the end of the third century, when a destruction layer of stones, bricks, fragments of painted wall-plaster, roof tiles, marble and stone slabs, and much burning, may indicate destruction during the Herulian incursion of 267.
Work on the northwest edge of the plot for the construction of the large entrance stairway to the Museum (Fig. 4) revealed the north continuation of ancient Road II and parts of buildings on either side of it. Unfortunately, the large distance between these walls and the northern part of the main excavation areas did not allow them to be securely assigned to previously excavated structures. The central main drain of Road II - known from other parts of the excavations and disturbed by a large Byzantine incursion - had on its northern side a small wall incorporating an unfluted marble kioniskos, and a headless statue of Artemis of the Colonna type (Fig. 5). The building line west of the road incorporated a wall probably of the late fourth century BC, which joined a transverse wall forming the northern boundary of a room of uncertain function. The mud-brick superstructure has not survived, but the foundations are of large limestone or conglomerate dressed blocks and rubble. In later Hellenistic times the walls were reconstructed. A clay pipe running to the west probably indicates the position of the entrance onto Road II.
The picture of the east side of the street is quite different: walls of the sixth century AD form a space 2.6m wide (length unknown) with rough and cut stones, zones of brick, and mortar. Fragments of wall-painting inside the room had vertical strips of black on a white background. The floor was not identified, but is estimated to have been ca. 1.2m below the road surface, making the area semi-subterranean. The room was sealed with a destruction layer of the early seventh century AD with evidence of strong burning, containing a marble herm-bust of Aristotle (Fig. 6).
Author
Robert PITT
Bibliographic reference(s)
AD 60 (2005) Chr. B1, 41-45.
Date of creation
2014-03-24 00:00:00
Last modification
2020-02-10 14:40:46
Picture(s) 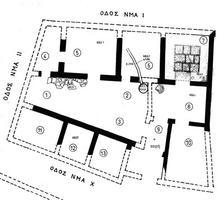 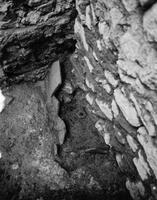 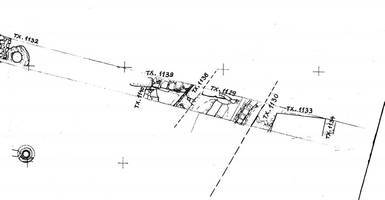 Fig. 4/ Makrigianni (New Acropolis Museum plot). Plan of trench at the north-west section of the plot. 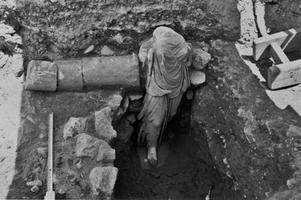