Key-words
Hearth/Kiln/Oven - Production/extraction site - Find Type - Site Type
Type of Operation
Excavation - Rescue excavation
Institution
Στ’ ΕΠΚΑ
Toponym
Aigion, Vostitsa
Linked Record
2001
Report
Aigion, 19 Sotiriou Lontou Street (Maleviti property). E.-I. Kolia (Στ’ ΕΠΚΑ) reports the discovery of a Hellenistic potter’s workshop with at least two phases of use. A well-preserved kiln was found in the centre of the plot with workshop structures around it. The kiln was 4m long with a round chamber 2.22m in diameter, built of brick which had vitrified on the interior face. The eastern part of the eschara was preserved although the superstructure was not. The clay floor preserved the central support for the eschara. The stoking tunnel, at the east, was built of tile and terracotta briquettes, with a vaulted entrance. East of the entrance, a pit contained much burnt material (ash and carbon) and a few sherds.
In the southwest corner of the plot was a subterranean rock-cut chamber (the basement of a building above), considered to be a Mithraeum. The upper part of the chamber entrance lay ca 1.15m below present street level, with eight steps down into it. The rectangular structure, with interior dimensions of 4.5x4m (and a height of 2.6-2.68m) had a terracotta tiled floor: the walls and floor were covered with lime plaster. Along the north wall were the foundations of a large built bench. In the northwest corner a long opening dug through the floor led down to a tunnel cut into the rock. A shallow niche was cut into the middle of the west wall, reaching down to floor level, with a rectangular base placed on the floor. In the southeast corner was a niche which had its lower edge defined with decorative brickwork, and there was a further niche by the entrance. The chamber fill contained much evidence of burning, especially in the northeast part, as well as Roman pottery, animal bones and a few glass vessels. Immediately to the south of the chamber, a Late Roman wall lay almost at the surface.
Author
Catherine MORGAN
Bibliographic reference(s)
ADelt 56-59 (2001-2004) B4, 528-30.
Date of creation
2013-10-22 00:00:00
Last modification
2018-08-22 09:24:42
Picture(s) 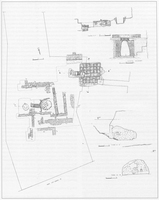 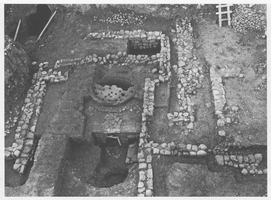 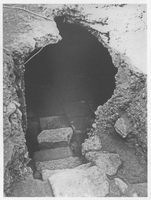 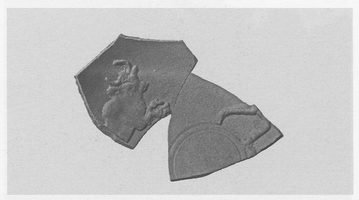 Fig. 4/ Aigion, 19 Sotiriou Lontou Street. Part of a phiale with relief decoration from the underground chamber.