Key-words
Type of Operation
Excavation - Rescue excavation
Institution
Δ’ ΕΠΚΑ
Toponym
Dalamanara
Linked Record
2002
Report
Agios Panteleimon, coast of Dalamanara-Temenio. Ch. Piteros (Δ’ ΕΠΚΑ) reports the discovery of a Roman building complex in ancient Temenion (the harbour of Argos) during excavation for an irrigation channel. To the west was a section of the monumental Hellenistic or Roman harbour wall (13m wide), with mostly Roman (third- to fourth-century AD) to Early Byzantine (fifth- and sixth-century) amphorae and a few Classical sherds. Stones from a breakwater were found in the sea, at the point where the main Nauplion water channel discharges into the sea. 17.5m before the east end of the irrigation trench was a further stretch of Roman wall with preserved wooden remains of the form into which concrete was poured. Test excavations further south, towards the sea, revealed that Roman buildings continued in this direction. The port occupied the east side of the delta of the Inachos river, which during the Hellenistic and Roman periods disgorged at Ag. Panteleimon (1.1km east of its present site east of Nea Kios).
Author
Catherine MORGAN
Bibliographic reference(s)
ADelt 56-59 (2001-2004) B4, 53-55.
Date of creation
2013-10-18 00:00:00
Last modification
2018-08-22 09:24:42
Picture(s) 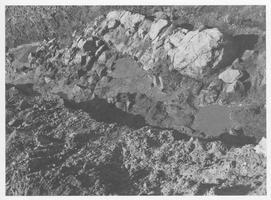