Key-words
Tomb - Figurine - Hearth/Kiln/Oven - Lamp - Production/extraction site
Type of Operation
Excavation - Rescue excavation
Institution
Δ’ ΕΠΚΑ
Toponym
Argos
Linked Record
2004
Report
Argos, Parodos Gounari (property of P. Choudala and D. Bozionelou). E. Sarri (Δ’ ΕΠΚΑ) reports. An Early Byzantine building was uncovered in the north of the excavation area, which underwent later internal modification. An apsidal building to the west of it was founded on Late Roman remains. In the southwest part of the plot was a complex of three cisterns. The largest must have been used as a treading floor for grapes (the floor was tiled and the walls plastered); a channel linked it to a smaller brick cistern, and liquid then flowed via a third channel into the hollowed floor of the third and deepest cistern.
The west wall of this complex was in contact with the oval kiln 1, of which the furnace chamber, part of the eschara and the lower part of the firing chamber were preserved. The walls were lined with unpurified clay. The stoking tunnel opened into the south side of the furnace. Sherds and kiln wasters included transport amphorae. Kilns 2 and 3 were inside the apsidal building, to the north of which large dumps of sherds were found. Kiln 2 was substantially destroyed by overlying Byzantine buildings, and preserved only part of the furnace chamber and the central eschara support. The two smallest kilns 3 and 4 date earlier: 3 was rectangular and 4, on the north edge of the excavation, preserved only the southwest part of the furnace chamber.
Part of a Roman funerary monument (III), containing two rectangular burial receptacles and displaying two building phases, was uncovered in the southeast of the excavation area, east of the workshop complex. In the centre of the plot, a brick-built cist tomb contained a female inhumation with no grave goods. In the northeast lay a Hellenistic basement storeroom (I), with stone walls and a tiled roof, which contained pithoi, large quantities of sherds especially of plates and chytres, lamps, loomweights and figurines. Founded in the same stratum is a probable house wall and an area (perhaps a courtyard) with three large pithos-like constructions which may have an industrial function.
Author
Catherine MORGAN
Bibliographic reference(s)
ADelt 56-59 (2001-2004) B4, 38-39.
Date of creation
2013-10-17 00:00:00
Last modification
2020-04-03 10:56:06
Picture(s) 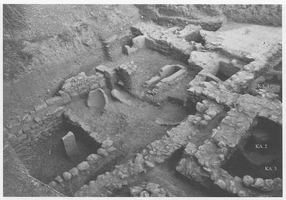 Fig. 1/ Argos, Parodos Gounari. View of the excavation from the northeast. 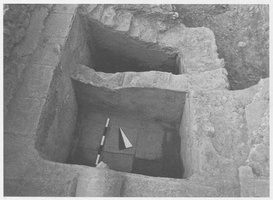 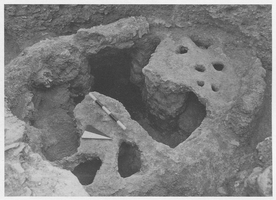 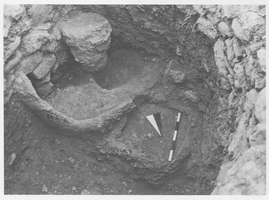