Key-words
Temple - Stoa - Figurine - Inscription - Numismatics - Mosaic - Sculpture - Religious building - Sanctuary
Type of Operation
Excavation - Research excavation
Institution
ASA
Toponym
Messini (ancient), Messène antique
Linked Record
19931995199719981999200020022004200620072008 (1)20082009 (1)20092010 (1)20102011201220132014201520162017201820192020
Report
Messene. Excavation directed by P. Themelis (ASA) continued mainly in the area of the agora. The east part of the massive north stoa of the agora was exposed (Fig. 1), revealing fully the preserved sandstone columns of the Doric outer colonnade and the Corinthian of the two interior series, which define the three aisles of this two-storeyed stoa. A number of coated sandstone members belonging to the second floor of the stoa were also found.
The east exedra was fully exposed at the back wall of the stoa, with two Ionic half columns (Fig 2). At the southeast corner of the stoa lay a further stone table of the agoranomoi for the measuring of liquid and dry measures, with two unequal measuring cavities covered by stone conical covers, hollow inside and with a circular opening in their tops closed with metal discoid stoppers (Fig. 3). Other finds include the upper part of a stone Hekate (Fig. 4).
The area east of the stoa was explored, and a long edifice excavated had five square rooms of equal size (4.8m a side), shops or storerooms, in series from north to south.
On the west side of the agora, was a Hellenistic Doric stoa facing westwards (Fig. 5), with five rectangular shops and a peristyle of unfluted columns. In the northeast corner of the peristyle was a large trapezoidal stone with a hole to tether animals. On one of the epistyles of the Doric stoa a three line inscription records that a wealthy Messinian citizen … τὴν στοὰν ὠρόφωσεν καὶ τὸν τοῖχον ἐκονίασεν, spending from his own money 1875 denarii. Within the stoa, between the columns, bronze honorific statues were set up, for which three inscribed bases are preserved.
At the south end of the stoa, in front of the paved entrance leading to the agora, was a limestone slab with a relief of a lion running to the left (Fig. 6). Other finds include a fragment of a marble Herm stele with the protome of Saithidas, a votive of the sons of Tiberius Claudius Saithidas Kailianos II and Tiberius Claudius Phronteinos Nikiratos, according to its inscription.
Pausanias notes only the cult statues and the temples of the agora, without describing the buildings of political and economic character such as the commercial stoas and the bouleuterion. A first-century AD inscription regarding repairs (SEG 23.205, 207 and 35.343) refers to Παντόπωλις στοά, ἡ στοὰ τοῦ Νικαίου καὶ ἡ στοὰ ἡ παρὰ τὸ Κρεοπώλιον. It thus appears that the Hellenistic stoa building should be identified with this stoa παρὰ τὸ Κρεοπώλιον.
In contact with the north end of the stoa building with the meat market was a retaining wall of the agora terrace. In front of the stoa to the west was a square paved with multi-coloured mosaic of the second-third centuries AD (Fig. 7). This is connected with the mosaic floor around the circular monopteros, which was covered partly by the apse of the basilica sanctuary (Ergon 2009, 47-48). At the north end of the square with the mosaic was a semicircular cistern which brought water from two clay hydrants to the retaining wall of the overlying terrace (Fig. 8).
Sanctuary of Eileithyia. A number of architectural members from the east façade of the temple were extracted from the southern slope of Ithomi, including parts of the pediment, the horizontal and Ionic geison, as well as the lower part of a marble votive statue of the goddess in Peplophoros type. Many miniature vases, mainly hydriskoi, were recovered from the fill of the temple terrace, along with coins and terracotta figurines probably associated with a sanctuary deposit.
Author
Robert PITT
Bibliographic reference(s)
Ergon (2012), 43-49.
Date of creation
2013-06-17 00:00:00
Last modification
2021-05-24 21:32:41
Picture(s) 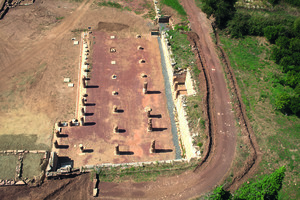 Fig. 1/ Messine. Aerial photograph of the north stoa of the agora. 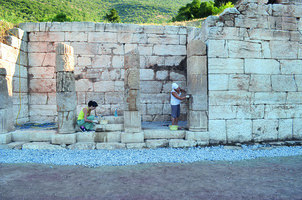 Fig. 2/ Messine. The east niche of the stoa. 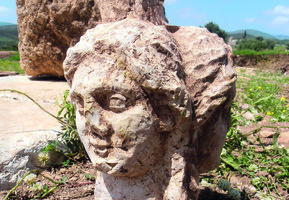 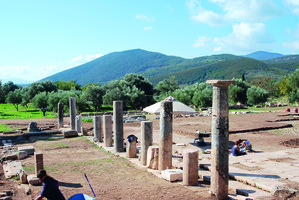 Fig. 5/ Messine. Doric stoa at the west side of the agora. 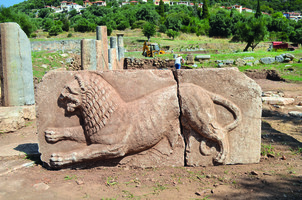 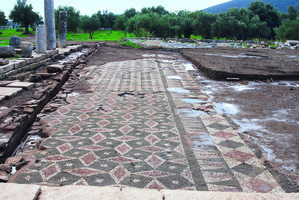 Fig. 7/ Messine. View of the plateia with mosaic. 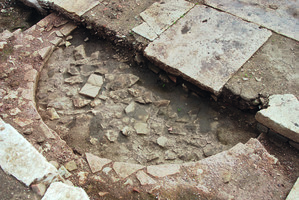