Key-words
Figurine - Inscription - Numismatics - Public area - Domestic space - Road system/waterway - Find Type - Site Type
Type of Operation
Excavation - Rescue excavation
Institution
ΙΒ' ΕΠΚΑ
Toponym
Arta
Linked Record
20002002
Report
Arta (anc. Ambracia), Pouliou Drakou and Zarra Streets (Papazoglou property, formerly property of the Tachou descendants). A. Angeli (ΙΒ' ΕΠΚΑ) reports on supplementary excavation in the southeast part of the plot, which exposed a section of street and a neighbouring building very close to the south arm of the fortification and the putative location of the south gate (from which ran the avenue through the southwest cemetery). (Fig. 1: 234).
The 5m-wide east-west street had a paved path along the north side, and was bounded on the south by the exterior wall of a building. The road surface was composed of rock chips and tile in beaten earth: this road was built in the fourth century BC and remained in use until the early second century BC. An early fifth-century road beneath it was composed of stones, graves, tile and rock chips over a substrate of soil and gravel. The deepest levels encountered in the section date from the early eighth century through the Archaic period, though with no associated constructions.
South of the road was a well-constructed, long and narrow building, probably public in function and likely linked to activity around the south gate (perhaps a barracks). The exterior wall faces were of well-finished limestone blocks, with separate interior faces around a rubble core. Limestone paving round the inside of the building supported regularly spaced orthostats, from which hung plaques facing into the room. The destruction layer contained much domestic and chiefly storage pottery, plus a little black glaze. The building was erected in the second half of the fourth century and remained in use until the start of the second century BC. 0.21-0.33m below this floor was a second, Archaic floor of beaten earth (with no associated architecture). West of the building was a small area of Classical road, and south of it, a paved area of the same period. In addition to pottery, finds include bronze coins of Ambracia, terracotta figurines, bronze items, and small pieces of grave stelai from the southwest cemetery.
Author
Catherine MORGAN
Bibliographic reference(s)
ADelt 56-59 (2001-2004) B5, 47-48.
Date of creation
2013-06-10 00:00:00
Last modification
2018-08-22 09:24:39
Picture(s) 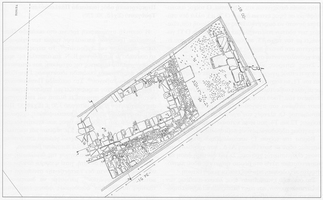 Fig. 3/ Arta, Pouliou Drakou and Zarra Streets. General view of the excavation from the south east.