Key-words
Temple - Gymnasium - Hearth/Kiln/Oven - Numismatics - Tools/weapons - Religious building - Sporting establishment - Sanctuary
Type of Operation
Excavation - Research excavation
Institution
DAI
Toponym
Archaia Olympia
Linked Record
1991199219931994199519971999 (1)199920002002200420052007200820092010201120122013201420152020
Report
Olympia, sanctuary of Zeus. R. Senff (DAI) reports on the 2012 excavation season.
In the southeast of the sanctuary (Figs 1-2) excavation exposed the stratigraphical sequence and the large mortar platform partially revealed in 2008 and 2011. Under the top level (again dated to Late Antiquity by a coin of Constantine) and a further soil packing were large quantities of Late Classical-Hellenistic pottery and tile. Beneath a layer of debris and partially covered with ash lay the solid red floor surface found in 2011. Numerous holes in the surface show that another construction must originally have been present. This may be the base of a potter’s kiln, with the superstructure completely lost. Further re-used limestone blocks emphasize the character of the area as a manufacturing location.
A variety of metal finds are mostly iron and fragments of sheet bronze, plus parts of offensive and defensive weapons (Figs 3-4) such as the rim of an Argive shield and the most important find of the campaign, a large Archaic Gorgoneion shield device (noting cutting and puncture holes for attachment). Other bronzes belonged to furniture or utensils, as a decorative cover with stylized buds (Fig. 5), or a cast lion’s paw foot of a metal vessel (Fig. 6).
The large base set before the centre of the Echo Stoa (Fig. 7) was shown to rest on a solid foundation of large spolia set in pebbles and mortar. For want of evidence its date remains open, but the solidity of the foundation suggests that it supported a very substantial monument, probably a column or pillar.
In cooperation with the Olympia ephoria, the northeast corner of the gymnasium (excavated in 1880 and 1936 but then buried under almost 2m of sediment) was exposed, and the passage between the East and North Stoas cleaned. (Fig. 8) The work was undertaken in preparation for the Ministry of Culture’s planned excavation of the gymnasium.
The few surviving architectural elements from the opisthodomus of the Temple of Zeus were cleaned, consolidated, and set back in place. Stainless steel spacers under the southern capital and between the two remaining drums of the associated column distinguish elements which were not originally directly related. The northern capital sits directly on the stylobate, since its column is entirely lost. The capital of the southern pillar, the best preserved of the entire temple, draws attention to the original stucco coating of the limestone architecture (Fig. 9). Following the replacement of the orthostats, the original stone anta capital was placed on the northern anta (Fig. 10). Finally, further restorations in Thasian marble completed the base and lower drums of the north column of the Ptolemaic Monument (Fig. 11).
Author
Catherine MORGAN
Bibliographic reference(s)
DAI Report
Date of creation
2013-03-14 00:00:00
Last modification
2021-03-11 12:54:22
Picture(s) 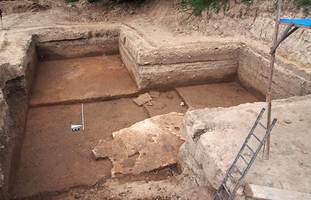 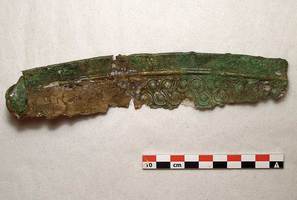 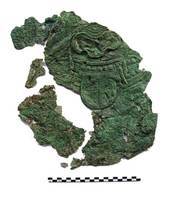 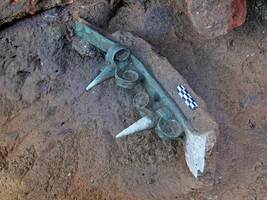 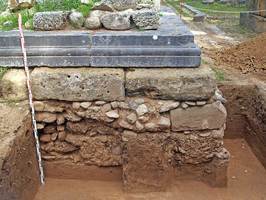 Fig. 7/ Olympia, base before the Echo Stoa. 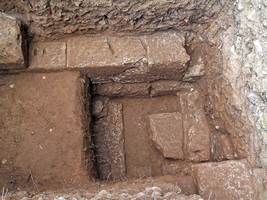 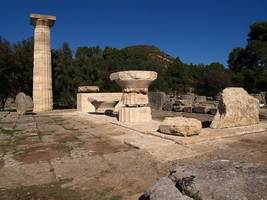 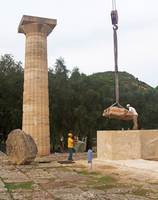 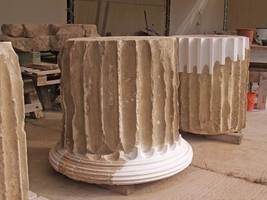 Fig. 11/ Olympia, resoration of the lower drums of the Ptolemaic Monument.