Key-words
Tomb - Figurine - Hearth/Kiln/Oven - Tools/weapons - Plant remains - Bone - Domestic space - Building Type - Find Type - Material Type - Site Type
Type of Operation
Excavation - Research excavation
Institution
BSA and the Ephoreia of Paleoanthropology and Speleology for Southern Greece
Toponym
Neo Monastiri
Linked Record
200320082010201120122015201720182019
Report
Koutroulou Magoula. N. Kyparissi-Apostolika (Director Emerita, Ephoreia of Paleoanthropology and Speleology for Southern Greece) and Y. Hamilakis (BSA/Southampton) report on the 2012 excavation season.
The principal aims were to investigate the Neolithic buildings uncovered in Θ4 and Z1 in 2011, to clarify Neolithic activity in that area, and to understanding the later, corridor-like feature partially uncovered in 2011 (Figs 1,2). Two trenches were opened on the eastern periphery of the tell to test indications of terrace walls and perimeter ditches around the settlement revealed both in topographical survey and in a new geophysical survey which now provides a near-complete picture of the mound, save for the areas close to the shelter (Fig. 3).
The Neolithic building now exposed in Θ5 and H5 was mostly destroyed in later periods. Θ4 produced evidence of outdoor activities during the Neolithic period, including hearths and in situ deposition of finds. The building in Z1 has stone walls preserved to a height of up to 0.8m, with at least three building phases evident in the same wall. The area of H3 was a locus of significant open-air activity in the Neolithic, with evidence of hearths, feasting remnants, and depositional pits.
The corridor-like feature in H3 proved to be a later tholos tomb (Figs 2,4,5) which was excavated in full. The tomb was empty of significant and diagnostic finds, and was evidently looted in the pre-modern past. The maximum diameter of the chamber is 2.65m, and its walls are preserved to a height of ca.0.6m with in places evidence of corbelling. The dromos is preserved to a length of 4.07-4.1m, and a height of 0.35-0.38m. Study of the material from the tomb has not yet begun, but it was probably built at the end of the Bronze Age or the beginning of the Iron Age.
On the periphery of the tell, E14 produced evidence of linear features (possibly a robbed wall), and Θ24, on the east side and at the foot of the tell, a series of parallel earth features that appear to be ditches, thus supporting the picture shown by the geophysical survey. Soil micro-morphological sampling was carried out in these features.
Finds include a further 95 figurines, taking the total for the site to over 300, one of the highest densities in any Neolithic site in Greece (Fig. 6). More than 130 chip stones were collected, as well as 14 polished stones, seven quern stones, and 15 hammer stones. A large number of animal bones was also collected, plus samples for organic residue analysis, charcoal analysis and radiometric dating, phytoliths and soil micromorphology.
Author
Catherine MORGAN
Bibliographic reference(s)
Unpublished BSA Field Report
Date of creation
2012-12-20 00:00:00
Last modification
2018-08-22 09:24:38
Picture(s) 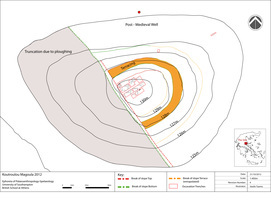 Fig. 1/ Koutroulou Magoula 2012. The topographic plan of the site, showing the location of the trenches. 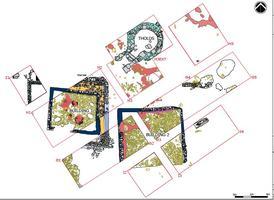 Fig. 2/ Koutroulou Magoula 2012. Plan of the main area of excavation at the top of the tell. 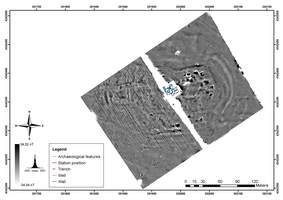 Fig. 3/ Koutroulou Magoula: the results of the geophysical survey, contacted in January and September 2012. 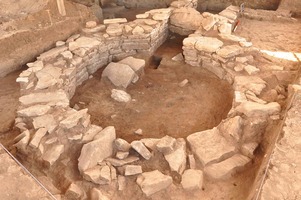 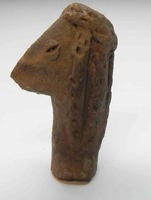