Key-words
Tools/weapons - Find Type
Type of Operation
Survey
Institution
University of Crete and ΛΣΤ′ ΕΠΚΑ.
Toponym
Meganisi
Linked Record
2011
Report
Inner Ionian Sea Archipelago Survey. N. Galanidou (University of Crete) and O. Vikatou (Director, ΛΣΤ′ ΕΠΚΑ) report on the 2010 and 2011 field seasons (the former led by the former Director of the ΛΣΤ′ ΕΠΚΑ, M. Stavropoulou-Gatsi) This interdisciplinary project investigates the history of human presence on the Inner Ionian Sea Archipelago (Fig. 1) and the relationship between the Archipelago, Aitoloakarnania and Lefkada. Research was conducted on Meganisi and the satellite islands of Thileia, Kythros, Tsokari, Petalou, Nisopoula, Phormikoula, as well as on Atokos and Arkoudi (the last two in collaboration with the former Director of the ΛΕ′ ΕΠΚΑ, A. Vassilakis). It combines archaeological, palaeogeographic, historical and anthropological research. It is part of the University of Crete archaeology student field-training program.
On Meganisi, Thileia and Kythros, 600m2 study units were defined and covered in 100m transects by walkers spaced 12m apart. The remaining islands (mostly very small) were treated as single entities (Figs 2,3). An area of 8.5km was covered in the two seasons and 20,000 portable finds collected: the resulting data were entered into the project GIS. Occupation of the archipelago dates from the Middle Palaeolithic period to modern times. Most finds are Palaeolithic, Mesolithic, Final Neolithic and Bronze Age flint and chert tools, cores and debitage (Figs 4,5). Much less pottery was recovered, of the Final Neolithic, Bronze Age, Classical and Hellenistic-Late Roman periods but with gaps in the chronological sequence (Fig. 6). A significant quantity of glazed pottery and other post-medieval and modern wares was found. A larger quantity of plain household ware is difficult to date.
The three types of archaeological site discovered comprise: i) palimpsests of large (in number and extent) concentrations of industries of knapped stone with no sherds; ii) concentrations of sherds, sometimes associated with architectural remains and sometimes not; iii) remains of tombs. Megalithic tomb monuments located mainly in the south and narrowest part of Meganisi were visible from the sea and the lands opposite. They form an important feature of the Late Bronze/Early Iron Age record in western Greece that has been further investigated by means of excavation by O. Vikatou. Modern remains (cisterns, threshing floors, windmills etc.) were also recorded. Beyond relative dating of finds, sediments from Palaeolithic and Mesolithic sites on Kythos and Thileia were sampled for OSL dating in collaboration with the NCSR Demokritos.
Geological and geomorphological study was conducted in parallel with fieldwalking, covering both the wider landscape and major archaeological sites. Geosites, that is locales of particular geological interest such as folds, flint sources, rock formations, caves and other karstic features were mapped. The islands’ flora, fauna and wetlands were also documented, emphasising the extent of biodiversity.
Anthropological study combined archival research and interviews with the inhabitants of Meganisi to address: changes in the daily behaviour patterns of men and women as the agricultural economy gives way to tourism, and the impact of these changes on values and perceptions of the land, norms of landholding, and the agricultural identity of the place and its inhabitants. Ethnoarchaeological study focused on the practice of pastoralism in the islands and the connection between the physical remains of agropastoral life and the activities of the inhabitants.
Author
Catherine MORGAN
Bibliographic reference(s)
Unpublished field report (N. Galanidou).
Date of creation
2012-07-22 00:00:00
Last modification
2018-08-22 09:24:37
Picture(s) 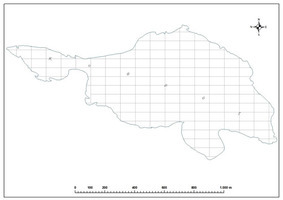 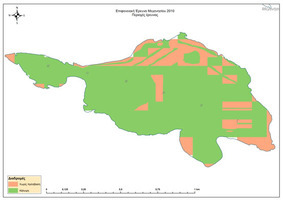 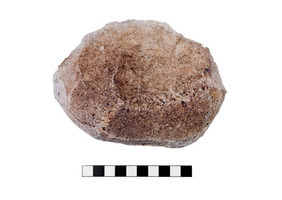 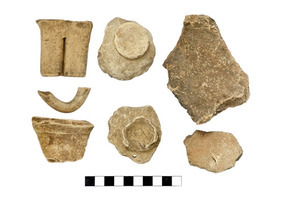 Fig. 6/ Pottery from survey on Meganisi.