Key-words
Church - Religious building - Building Type
Type of Operation
Excavation - Rescue excavation
Institution
26th EBA.
Toponym
DROSIA
Linked Record
20082008 (1)
Report
Palaia Loutra, Drosia. The 26th EBA report on trial excavation following the discovery of the remains of a church (the sanctuary apse, parts of the side walls and two sections of spiral column). (fig. 1)
Excavation southwest of the apse revealed its southwest edge and the south wall of the church, inside which was a pilaster 1.14m from the angle with the apse. In contact with the south wall was a tomb (1) covered with large stone slabs and cement (figs 2-3), which contained multiple burials but very few grave goods (a small closed vessel and a silver hook, fig. 4). At the south end of the apse part of the east wall was uncovered, bearing on the inner face plaster with a decorative pattern of trowelling (fig. 5) identical to that inside the apse (confirming that the two features belong to the same construction phase, noting that the monument as a whole shows more than one phase). A section of wallpainting was also found on the interior face of the south wall, on the west side of a pilaster (fig. 6). It depicts (fig. 7) the lower part of a figure, probably a saint (the sandalled feet and white robe are preserved), with a zone of geometric decoration beneath (with zigzag and marbelling). The same zone is also preserved on the north side of the apse.
Author
Catherine MORGAN
Bibliographic reference(s)
http://www.yppo.gr/0/anaskafes/pdfs/26_EBA.pdf.
Date of creation
2012-07-21 00:00:00
Last modification
2018-08-22 09:24:37
Picture(s) 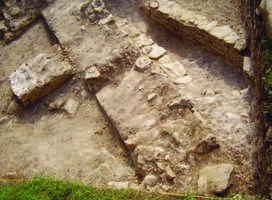 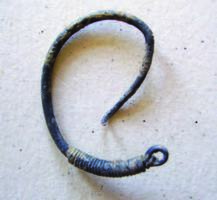 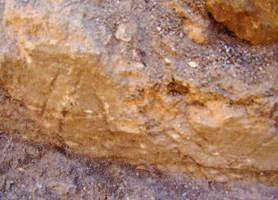 Fig. 5/ Palaia Loutra. Inner face of the eastern wall with a decorative pattern of trowelling in the plaster. 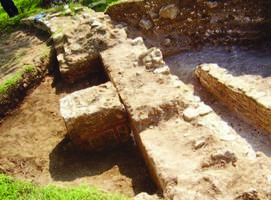 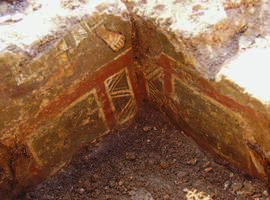