Key-words
Sculpture - Inscription - Stoa - Public area
Type of Operation
Excavation - Research excavation
Institution
ASA.
Toponym
Messini (ancient), Messène antique
Linked Record
19931995199719981999200020022004200620072008 (1)20082009 (1)20092010 (1)20102011201220132014201520162017201820192020
Report
Messene. P. Themelis (ASA) reports on excavation of the north stoa of the agora – a two-storey Π-shaped building, 186m long and with short side-arms (Fig. 1). Inside, instead of shops, were niches for statutes, and two colonnades in the Corinthian order plus a third, Doric, on the façade. The upper storey contained an Ionic colonnade and on the façade, Doric half-columns with parapets between them. Excavation revealed a 30m-long stretch of the krepidoma and stylobate of the Doric colonnade (Fig. 2), plus the east wing of the stoa where the krepidoma and stylobate were preserved almost intact (three Doric columns plus the wall were also found). Many architectural members were also found in front of the stoa (Fig. 3), including column drums, half-columns, parapet and epistyle blocks, and triglyphs with metopes and geison blocks, as well as the foundation of four statue bases.
The absence of shops and the presence of niches for statues indicate that the stoa was used for social gatherings rather than purely commercial purposes. Nonetheless, two corn measures were found in the east wing with a third-century inscription (probably honorific) for an agoranomos. Nearby, an older building was probably dedicated to a deity.
New finds include the base of a bronze statue of Aristeas son of Lykon, a Messenian magistrate, and the base of a funerary stele of Asklapeias.
Author
Catherine MORGAN
Bibliographic reference(s)
Ergon 2011, 22-24.
Date of creation
2012-07-20 00:00:00
Last modification
2021-05-24 21:27:00
Picture(s) 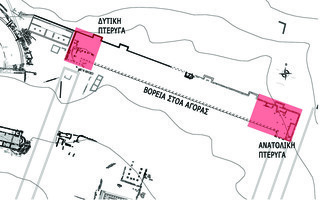 Fig. 1/ Messene. Plan of the north stoa of the agora. 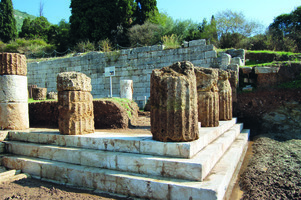 Fig. 2/ Messene. The krepis of the eastern pteron of the stoa. 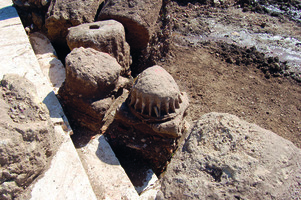 Fig. 3/ Messene. Ionic capitals from the second storey of the stoa.