Key-words
Public area - Architectural revetments - Mosaic - Bath - Domestic space - Site Type - Find Type - Building Type
Type of Operation
Excavation - Rescue excavation
Institution
ΛΖ’ΕΠΚΑ.
Toponym
Derveni, Aktaion
Linked Record
2008200920102010 (1)2010 (2)
Report
Derveni. D. Sarri (ΛΖ’ ΕΠΚΑ) reports the discovery of a Late Roman public bath in the course of construction of the Kiato-Patras stretch of the new Corinth-Patras railway (fig. 1). The sites lie barely 120m to the west of an Early Helladic settlement revealed in the same works, in the area of the Spyrouleiko ravine by the motorway junction.
The Roman bath was first located in 1981 during construction of the new Corinth-Patras motorway. The new excavation began from the visible remains, investigating a 50 x 24m area. Five rooms were excavated, plus a room or courtyard with a mosaic floor. Later and modern structures were also found. The walls were mostly brick (in the case of the east and west walls, diagonally set brick with an infill of small stones), in some cases with arched openings which were mostly closed during later phases of use: they were clad in local schist or marble. A hypocaust was found (square and round brick pillars 0.55m tall, with an 0.23m-thick layer of cement for the floor of the rooms above). The floor of one room was largely preserved, with traces of grey-green marble paving. Tubuli and tegullae mammatae circulated air through the walls. Since the hypocaust extended under all the excavated rooms, they are likely to belong to the caldarium or tepidarium. Water supply and drainage channels were also found.
A court or room 7.5 x 3.5m had a partially preserved black and white floor mosaic with quatrefoil motifs within a border of rhomboids. It resembles the mosiac from the bath at Isthmia (ca. 150-160 AD): the first phase of the Derveni bath is thus dated to the second half of the second century AD. Later use and alterations are attested, with the general tendency to create more and smaller spaces. A round, plaster-lined structure added to the north side was probably a cistern.
Extension of the excavation westwards, with the aim of tracing the limits of the bath, revealed the stone walls of later structures, plus a water channel. The pottery recovered is mainly second- to fourth-century AD in date, contininuing to the sixth century (and with a very few earlier sherds).
Author
Robert PITT
Bibliographic reference(s)
http://www.yppo.gr/0/anaskafes/pdfs/LZ_EPKA.pdf; D. Sarri, in K. Kissas and W-D. Niemeier (eds), The Corinthia and the Northeast Peloponnese (Munich 2013), 461-464.
Date of creation
2012-07-04 00:00:00
Last modification
2018-08-22 09:24:37
Picture(s) 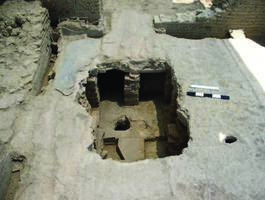 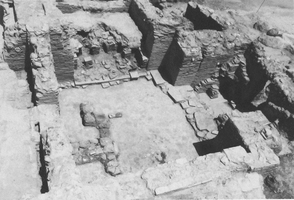 Fig. 3/ Derveni, the eastern section of the bath viewed from the south. 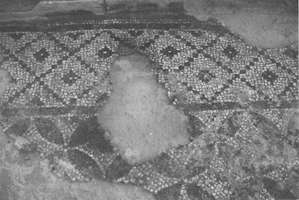