Key-words
Tomb - Cemetery - Building Type - Site Type
Type of Operation
Excavation
Institution
Στ’ ΕΠΚΑ
Toponym
Nafpaktos
Linked Record
2002
Report
Naupaktos, Elaiostasi (Maragianni property). F. Saranti (then Στ’ ΕΠΚΑ) reports the discovery of a Π-shaped funerary peribolos around a large Macedonian tomb and other graves. The peribolos was built of large blocks well worked on the exterior face, joined with Π-shaped clamps (some preserving traces of lead and iron): it is preserved to a height of 1.1m. Along the exterior face of the peribolos was a stone-paved path. The Macedonian tomb had an antechamber and three small chambers of equal size closed with monolithic limestone doors with relief decoration. The sides of the tomb had carefully worked orthostats set on a stone krepis. All three chambers preserved the settings of the central couches. The tomb was entered from the south via a narrow dromos with walls of unworked stones: the entrance was closed with a large monolithic slab, found in situ between the door jambs. The exterior face was unworked, suggesting that it belonged to the subterranean part of the tomb. The tomb had been robbed and few items remained in the tomb. Pottery from the tomb fill consisted mostly of large plain domestic vessels: the small quantity of diagnostic sherds indicate that the tomb was used from the third century BC. A complete Knidian amphora was found against one of the door jambs. Research on the neighbouring plot to the south revealed no evidence of a dromos in that direction. The tomb forms part of the west cemetery of the city and was probably sited beside the ancient road to Thermon (noting the previous discovery of a similar tomb further east along this route). In the east part of the peribolos was a deep cist tomb lined with large stone slabs, and a child burial in a cist: both had been badly damaged and preserve no dating evidence. Two further tombs outside the peribolos were investigated.
Author
Robert PITT
Bibliographic reference(s)
F. Saranti, ADelt 56-59 (2001-2004) B2, 87-88.
Date of creation
2012-07-01 00:00:00
Last modification
2018-08-22 09:24:36
Picture(s) 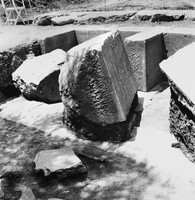 Fig. 1/ Nafpaktos, Elaiostasi. The western chamber of the tomb monument from the southeast. 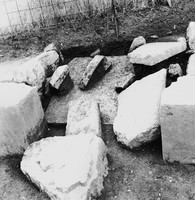 Fig. 2/ Nafpaktos, Elaiostasi. The entrance of the tomb monument.