Key-words
Tools/weapons - Domestic space
Type of Operation
Excavation
Institution
Toponym
Gavrolimni, Gavroliki
Linked Record
20002000 (1)200120062009
Report
Chania Gavrolimnis. F. Saranti (then Στ’ ΕΠΚΑ) reports on continued excavation of the prehistoric settlement located on terraces in the south slope of the Tapia hill. Work focused in the eastern part of the plot, where two main buildings, A and B, were uncovered. Building A is a large (15.4 x 5.5m), probably orthogonal structure oriented northwest-southeast. The walls were built with two faces of unworked stone with a stone packing between: five internal rooms or spaces have so far been revealed, with more of the structure remaining to be excavated.
Immediately below building A lay the smaller and earlier building B (4.2 x 8.8m), separated by a thin layer of fill. Building B, oriented east-west, was probably apsidal: the wall construction different from that of building A, in having a base of large unworked stones supporting a superstructure of smaller stones.
Two further buildings, Γ and Δ, were partially preserved. Building Δ, in a higher part of the settlement (on the northern edge of the excavation), was built of large rectangular blocks. A retaining wall defined the edge of the settlement. Three infant intra-mural burials were found, two in small containers and the third in a pit.
A large quantity of handmade and coarse domestic pottery was found, as well as fineware - black burnished, grey minyan, and polychrome wares on the level of building B, and decorated Mycenaean pottery mainly in the western part of the excavation plot, in the fill over buildings Γ and Δ (an area which remains to be fully investigated). Finds include stone tools (axes, grinders, and flint flakes, cores and tools), spindle whorls, goat horns and large quantity of shells. These finds confirm that buildings A and B date to the transition from Middle to Late Helladic, and that settlement at the site continued into LH IIIC.
Informal survey of the surrounding area shows that the settlement was much more extensive than previously thought. Traces of prehistoric buildings were located 350m east of the excavated area, on the south slope of a low hill on the east side of the road to Gavrolimni. Further north, in the southern foothills of Mt Kaliakouda, extensive traces of settlement were exposed in the opening of a forest road, and buildings were also found on the eastern foothills of Tapia. Evidently the area of Gavrolimni, where settlement was previously known only at Kato Vasiliki-Ag. Triada and Varasova, was densely settled in prehistoric times.
Author
Robert PITT
Bibliographic reference(s)
F. Saranti, ADelt 56-59 (2001-2004) B2, 75-76.  Cf. E. Saranti, Proceedings of the Danish Institute at Athens IV (2004) 229-236.
Date of creation
2012-07-01 00:00:00
Last modification
2021-01-25 03:07:55
Picture(s)

Fig. 1/ Chania Gavrolimnis. Layer of burning with large pieces of wood in the south part of the excavation. 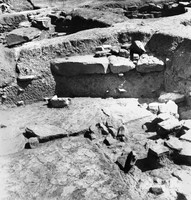 Fig. 2/ Chania Gavrolimnis. Building B, beneath building A.