Key-words
Temple - Fortifications - Pipe/drain - Tomb - Figurine - Architectural revetments - Sculpture - Religious building - Hydraulic installation - Cemetery - Sanctuary
Type of Operation
Restoration/Conservation/Reconstruction
Institution
Ministry of Culture and Tourism: Γ'  ΕΠΚΑ
Toponym
Athens East (Olympieion, National Gardens, etc.)
Linked Record
2000
Report
Archaeological site of the Olympieion. Th. Kyriakou (Γ’ ΕΠΚΑ) reports on works during the consolidation of the archaeological sites of Athens at the Olympieion from September 1999 to June 2000 (Fig. 1).
The foundations of Late Roman walls were found north of the Classical temple, plus two enchytrismoi.
Cleaning in the Byzantine quarter revealed a quantity of pottery and clay figurines of all periods from Mycenaean to Byzantine, plus marble and limestone architectural members, some from the Classical limestone temple identified as that of Apollo Delphinios.
In the area of the Diomeian Gates of Valerian, a wall probably related to the Roman phase of the walls. Excavation of the ditch of the Valerian wall in the area outside the Diomeian Gates revealed architectural remains of the tower and wall, of Byzantine outbuildings and silos (Figs 2,3). Test excavation indicated that the tower was built when the ditch was no longer usable: it was not contemporary with the third-century AD wall, but was later, probably Justinianic. Investigation of the ditch of the north arm of the wall revealed groups of Late Roman tombs belonging to a cemetery outside the walls in this period (Fig. 4).
At the north part of the ditch, excavation uncovered a small number of Byzantine tombs. The ditch of the Valerian walls was filled with debris from storage silos, and many broken architectural members and sculptures including a small (probably Classical) votive relief of a worshipper in front of a snake, which may be a dedication to Zeus Meilichios whose was worshipped in the area of the Olympieion (Fig. 5).
Finally, a small flight of steps was discovered in the northwest corner of the Classical temple during exploration of the area ahead of preservation work. A large Late Roman terracotta pipe was also found here (Fig. 6).
Author
Robert PITT
Bibliographic reference(s)
AD 56-59 (2001-2004) Chr., 278-282.
Date of creation
2011-06-28 00:00:00
Last modification
2020-02-11 14:25:37
Picture(s) 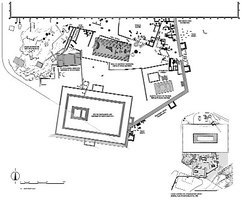 Fig. 1/ Plan of the area south of the Olympieion. 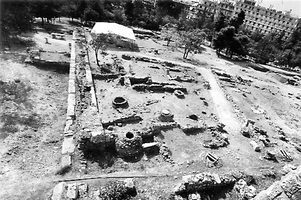 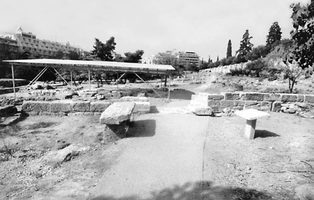 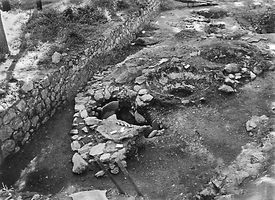 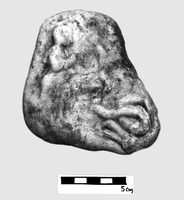 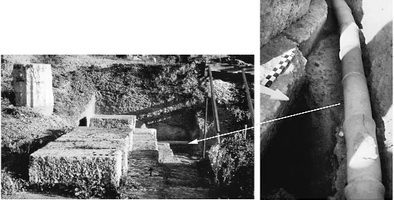 Fig. 6/ Olympieion: channel at the northwest corner of the temple of Apollo Delphinios.