Key-words
Pipe/drain - Well - Hydraulic installation - Domestic space - Sanctuary - Road system/waterway - Building Type - Site Type
Type of Operation
Excavation - Rescue excavation
Institution
Ministry of Culture and Tourism: Β' ΕΠΚΑ
Toponym
Acharnes, Acharnae, Menidi
Linked Record
2004
Report
Acharnes, Charavgi. Hippiou Street. M. Platonos (B’ ΕΠΚΑ) reports on works on Stavros – Eleusis Avenue.
100m west of Philadelpheias Street and east of the Athens-Thessaloniki railway line, part of an ancient arterial road was revealed (165m long and 2.6-3.1m wide) running northwest-southeast (Fig. 1). The retaining walls were in place along almost the whole length, with at least three construction phases (Fig. 2). Eight successive road surfaces were excavated, dating from the Classical to the Late Roman periods, plus one of the early 20th century. The earliest phase belongs to the end of the fifth-beginning of the fourth century BC; the second Classical phase preserved traces of wheel ruts 1.3m apart. The Roman phase was a long one during which various repairs and additions were made.
The continuation of the road was located further on, with three roadside buildings. A curved section of the eastern retaining wall abutted the northern wall of a single-roomed structure (2.85 x 2.85m). The southern wall of this structure may be the pronaos of a small roadside shrine enclosed by a peribolos (Figs 3,4), whose west wall was part of the east retaining wall of the road, while part of the south was found a short distance to the south of the sanctuary. The entrance to the sekos was at the east. The sanctuary dates to the Hellenistic period: inside it were six miniature cups, part of the neck of a lekythos with relief decoration of an eros (Fig. 5), and a clay disk with the face of a female figure. Beneath the south wall of the peribolos was a deposit containing nine kernoi (Figs 6,7), part of a plastic lekythos with the feet of a female figure and many fragments of domestic pottery, as well as Late Classical amphorae and cups and many miniature cups. It is suggested that this may be a sanctuary of Demeter.
North of the sanctuary was a further building (3.7 x 3m), the west wall of which was the eastern retaining wall of the road, built of large limestone blocks in secondary use. Within the building was undecorated pottery and many Roman loomweights (Fig. 8). The third small roadside structure (1.8 x 0.6m), northwest of the road, produced Late Classical pottery.
During excavation for a bridge on the Attiki Odos east of Hippiou Street, and northwest of the most northerly excavated part of the ancient road, investigation along the length of Hippiou Street revealed a terracotta water channel 110m long, oriented north-south for around 11m and then deviating east-west for a further 99m (Figs 9,10). It is made of semicircular sections with anathyrosis at the joints, and often with incised letters (i.e. Η, ΟΙΙΙ) (Fig. 11). Externally the channel was built of rough stones, within which was found part of a marble horos (Fig. 12). Pottery dates the channel to the fourth century BC. At the north side was the head of a terracotta female figurine (Fig. 13).
Just south of the channel a rock-cut well (Fig. 14) contained Classical pottery perhaps from the clearance of the house excavated to the south with square foundations (5.5 x 5m) (Fig. 15). Domestic pottery of the fourth century BC was recovered.
A further northwest continuation of the ancient road on Hippiou Street was discovered in a 19m long stretch oriented southeast-northwest (Figs 16-19). The few finds included sherds of domestic and funerary pottery, the base of a Classical lekythos and a miniature skyphos. A further 28.4m long stretch of road, between those noted above, was excavated in 2004 (Fig. 20).
Author
Robert PITT
Bibliographic reference(s)
AD 56-59 (2001-2004) Chr., 389-392; 392-394; 414-416; 437.
Date of creation
2011-06-20 00:00:00
Last modification
2018-08-22 09:24:35
Picture(s) 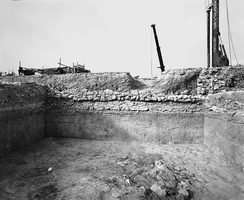 Fig. 2/ Acharnes, Hippiou Street: section of the east retaining wall of the ancient wall from the west. 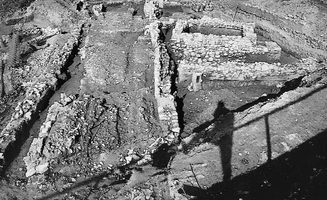 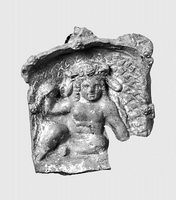 Fig. 5/ Acharnes, Hippiou Street: eros on the neck of a plastic lekythos. 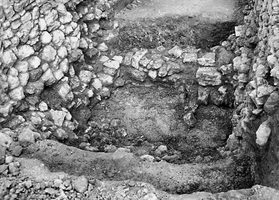 Fig. 6/ Acharnes, Hippiou Street: votive deposit from the shrine west of the ancient road(from the south). 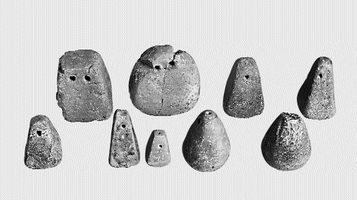 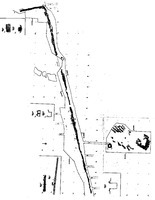 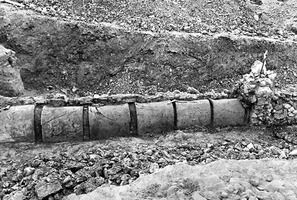 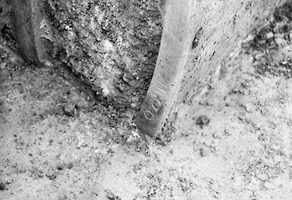 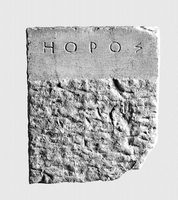 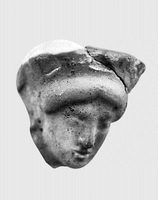 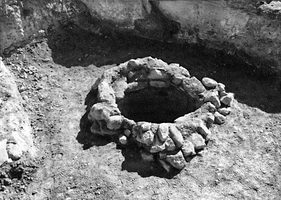 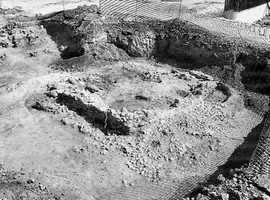 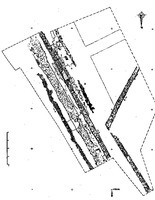 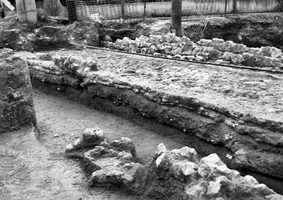 Fig. 18/ Acharnes, Hippiou Street:stratigraphy of the road surfaces (from the southwest).

Fig. 19/ Acharnes, Hippiou Street: general view of the south part of the road at the excavation limits.