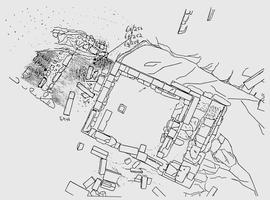 Fig. 2/ Ithome: plan of temple of Eileithyia with the shepherd's hut to the west.