Lefkada - Ancient Alikyrna (Agios Thomas of Messolonghi). Olympia Vikatou (Ephorate of Antiquities of Aetolia-Acarnania and Lefkada) reports that large-scale excavation was conducted at a Hellenistic settlement which is identified as Alikyrna (Fig. 1).

It seems that a town planning scheme was already established in the area, while seven roads were discovered every 32 m. along with a wider central street with an E-W orientation (Fig. 2). Twenty seven building complexes used as workshops or for storage purposes were identified. Complex Α/Γ, consisted of three buildings and contained a kiln, a built drain as well as a large amount of slag in all spaces (Fig. 3). In Complex Β/Δ, storage pithoi were discovered in-situ. A well was also present, while the unearthed small basins, benches and drains signify the usage of the complex as a workshop. Part of a house was found at Complex Α/ΣΤ, with the E room being a bathroom (Fig. 4). Another house was found at Complex A/E, however so far, no specific house type has been identified. Complex Δ/Α1 seems to have been a public bath, consisting of at least 21 rooms. Fragments of sixteen individual hip-baths were collected, whilst the floor of the bath was decorated with plants and spirals (Fig. 5).

A large deposit of clay figurines and vessels was unearthed at the SW part of the excavated area (Fig. 6). More than 20.000 partially preserved clay figurines were collected (Fig. 7α-β). The absence of animal bones suggests that this deposit was probably related to a sanctuary.

At the E part of the site, the remains of three Proto-Geometric buildings with large destruction layers that contained pottery were detected (Fig. 8). Two Proto-Geometric cist graves of male individuals were found as well. The graves contained clay vessels as well as iron weapons (Fig. 9). 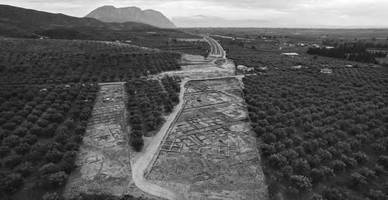 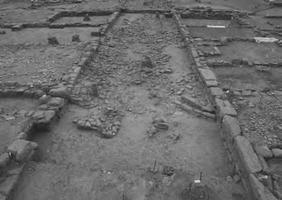 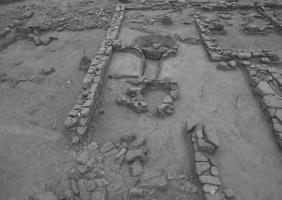 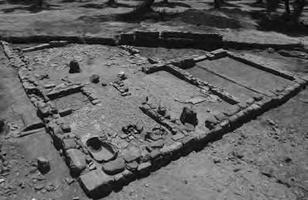 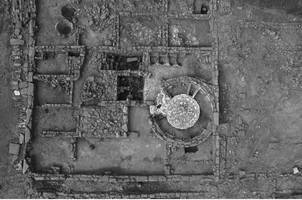 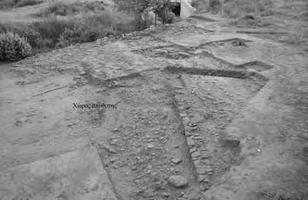 Fig. 6/ Deposit of figurines and pottery 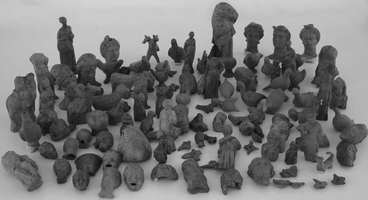 Fig. 7/ Figurines from the deposit area 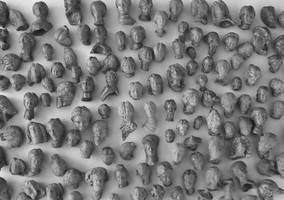 Fig. 8/ Figurines from the deposit area 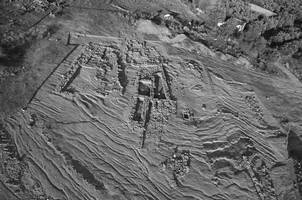