Pylos - Romanou. E. Malapani, (Ephorate of Antiquities of Messenia), reports on the trial trenches made by the Ephorate due the imminent construction of a sports area. Antiquities dated between the Bronze Age and the late Roman times were revealed in the entirety of the area.

Extended housing remains, dated in the Early Helladic times (EHII) according to the pottery found in the destruction layer, were located in the SE part of the excavated lot. The pottery sherds collected in this area were mostly from fine ware vessels [specifically saucers or beak-mouthed bowls dated in the end of EHIIB (fig. 1)]. A storage pithos was located on the E side of the destruction layer, surrounded by burned bones, a flint core, two clay conical figurines dated in the Early Helladic times (EHII), and a large quantity of grape seeds (fig. 2).

Some storage pithoi were located buried within the Early Helladic floors in the NW part of the excavation, and the pottery sherds located around them were mostly of cooking ware and storage vessels. Close to them, the excavators located a Protogeometric burial pithos, oriented N-S, containing a male exhumation and a female burial, along with some unpainted skyphoi, as grave-goods (fig. 3). Another burial pithos, oriented N-S, this time dated in the Middle Helladic times, was revealed across the Protogeometric one. The deceased individual was outlaid in a stretched position, surrounded by unevenly sized raw stones (fig. 4). Finally, it was noteworthy that Hellenistic pottery was located in the NE part of the excavation (fig. 5). 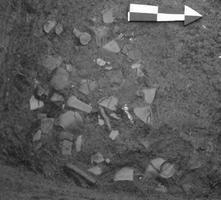 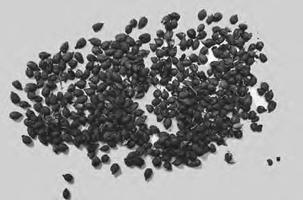 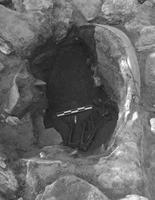 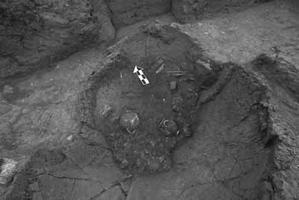 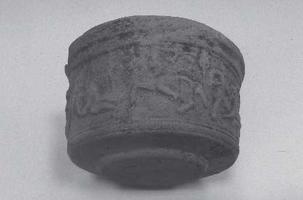