Ancient Olympia. Christos Mantzanas (Ephorate of Antiquities of Ilia), reports on the continuation of the excavation in the Gymnasium of Ancient Olympia. The excavation was focused on the xesto (E stoa) and its inner courtyard. The Gymnasium (second to first century BC) was located in the N side of the archaeological space (fig. 1,2), on the NW side of Altis.

The stoa building examined had been previously revealed in excavations by the German Institute of Archaeology (fig. 2,3). It was part of the E stoa building, and it was a long, two aisle construction, equipped with an inner colonnade. It had been constructed by the end of the second or during the first century BC. The xesto (roofed track field) was located between the outer E wall and the inner colonnade (fig. 4), while the paradromis was between the two colonnades. The columns preserved part of the mortar covering them and they have no ridges in their lower one third, as they seem to present a deliberate gradual diminishment of them, so that the ridges wouldn’t be destroyed by the crowd’s movements. The excavation also revealed a small part of the procession street on the outer part of the xesto’s E wall. There seemed to be some water drainage system in place in the form of an inclination, leading the water in a tank in the SW corner of the building. It was then led, through an underwater pipe, to Kladeos. Other parts of the excavation revealed destruction layers (figs. 5, 6, 7), parts of the stoic building’s Doric columns (figs. 8, 9, 10, 11, 12), as well as its ground layer (figs. 8, 13, 14, 15).

Three pithoi or clay-lined disposal pits were discovered on the NE part of the excavation, which surely must have served as a storage area (fig. 14). They were dated within the late antiquity, and they were related with new or parallel uses of the Gymnasium’s space during the fourth century AD (Theodosius the first’s order forbidding the function of idolatric sanctuaries was issued in 393 AD, although it was not certain whether it impacted the Olympic Games). Similarly dated constructions had been located in previous excavation seasons in the areas of the Gymnasium and the Palaestra (kiln and wine-press).

The excavation revealed a multitude of small findings, some of which were dated in the Hellenistic-Roman times (i.e. fig. 17), and some in the Late Antiquity times, possibly related to the food production taking place in the area (fig. 18). Some prehistoric items were also located [i.e., stone tools (figs. 19, 20), a Geometric taurus figurine (fig. 21) etc.].

Fig. 1/ Map of the excavated part of the Ancient Olympia archaeological site

Fig. 3/ View of the excavation Fig. 4/ The xesto and the inner colonnade column bases (view from the N) 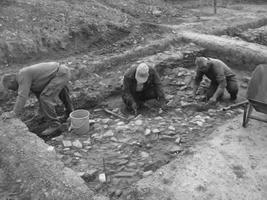 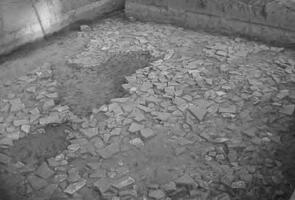 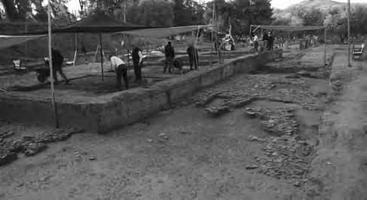 Fig. 7/ Destruction layer in the W trenched Γ3 through Ζ3 (view from the N) 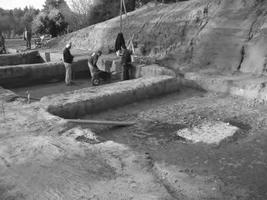 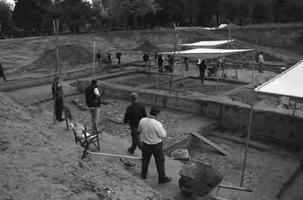 Fig. 9/ Trench Δ3, containing a column head, the ground layer of the stoic building and the pipe (view from the SW) 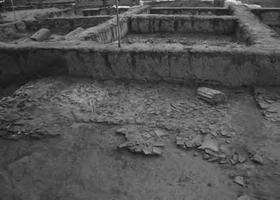 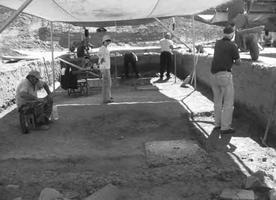 Fig. 11/ The two bases of the outer and the inner column (view from the W) 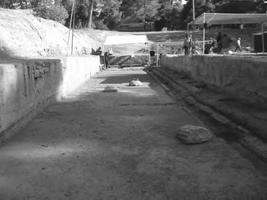 Fig. 12/ The outer colonnade and the pipe (view from the S) 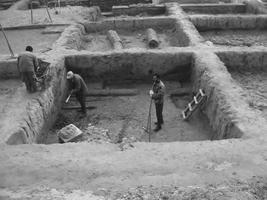 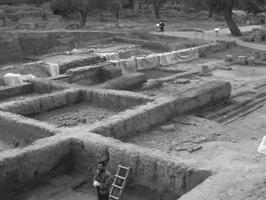 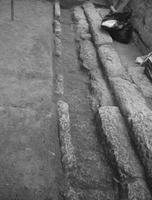 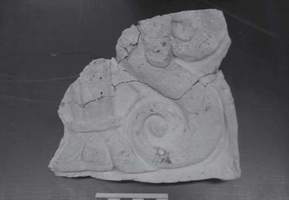 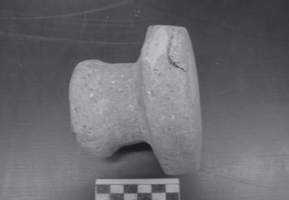 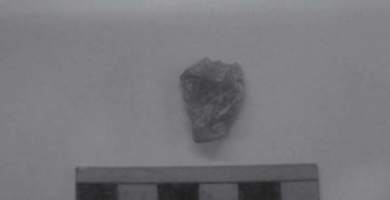 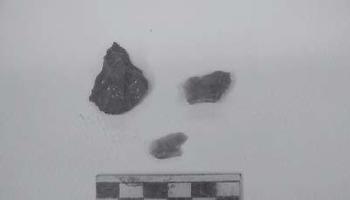