Athens - Plaka, intersection of 3 Markou Aureliou Street and 1 Kyrristou Street (property of A. and A. Papandreou). Maria Tsichli and Raina Pouli (Ephorate of Antiquities of Athens) report on  the discovery of post-Byzantine walls and small finds discovered during the renovation and restoration of the listed building located on this site.

Further to the N part of the site, more post-Byzantine and modern walls were found, including also masonry and clay pipes. Also in the same area there was another long pipeway, lined with slate and seemingly connected to a sewage system.

Another set of walls from this site include within them spolia pieces from the Roman period, from architectural members, mainly (Ionic) columns; they could also be dated to the Early Byzantine period.

A large number of ceramics were collected during the excavation, mainly post-Byzantine and modern ceramics, and also glass, metal fragments, and pieces of sculpture. 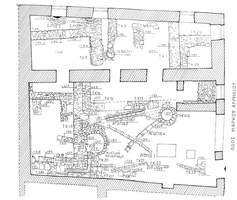 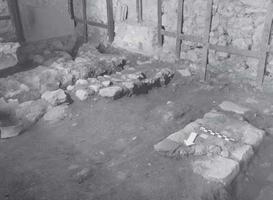