In the outdoor space between buildings C-B and D, a Late Roman wall was discovered, along with domestic remains of post-Byzantine periods. A vaulted cistern was also found, and three pithoi, also post-Byzantine in date. 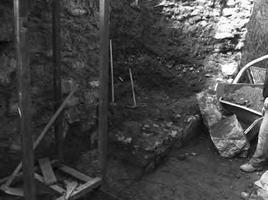 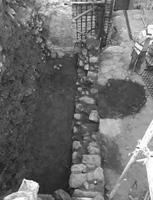 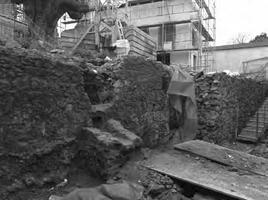 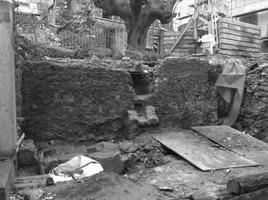 Fig. 4/ Discovery of a post-Byzantine cistern 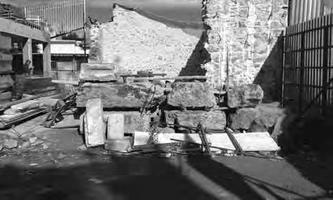 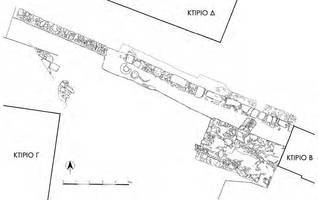