Athens - Plaka, 12 Vakou Street. E. Iskou and T. Poulou (Ephorate of Antiquities of Athens) report on discoveries made at an ancient building preserved on this property.

In the N room (Room 1), a small deposit was found containing Geometric pottery, and three sections of water pipe. A circular structure was also fond in the N part of the room, possibly a well.

In the S part of the building (Room 2) a post-Byzantine kiln was excavated and at a lower level a clay floor was revealed, also yielding pottery of the Early Byzantine period. A pithos appears to have been built into this floor on the S border.

In Room 3, a v-shaped construction was found probably originating from a Byzantine period grave, and a nearby possible Ottoman wall. A marble architectural fragment with embossed thorns was found on the upper surface.

A large number of marble architectural pieces were found from the excavation. It was also discovered that the building had undergone extensive rebuilding in the post-Byzantine years.

Fig. 1/ General plan of the excavation 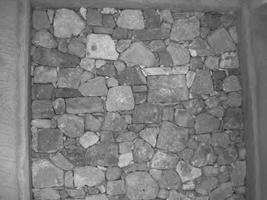 Fig. 5/ Architectural elements in secondary use

Fig. 6/ Architectural elements in secondary use