Athens - Plaka, 2–4 Polygnotou Street. Kleio Tsorgka (Ephorate of Antiquities of Athens) reports on discoveries made during the construction of a lift shaft.

Post-Byzantine walls came to light (in the E area of the site), and a Late Roman stratum was investigated. To the W of the site, building material from a Late Roman structure was found, including marble architectural pieces. A pipe was also uncovered, thought to serve as the water supply in the Roman or Late Roman period. 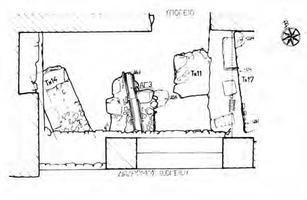 Fig. 1/ Plan of ancient remains in the area of the lift shaft 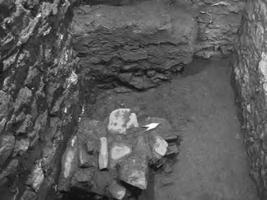 Fig. 2/ View of pipe 3 with covering stones. In the background, Late Roman wall 14. View from E