Toponym
Karaiika
Linked Record
20072008201020112012
Report
Karaiika Toll Station. Vasileios Argyropoulos (ΣΤ’ ΕPKA) reports on the excavation undertaken due to the construction of the new motorway. The survey was focused between kilometric positions 20+331 and 20+850., and it revealed ancient building, workshop and burial remains. These constructions were possibly part of an ancient settlement, unknown before, situated near ancient Dymi and on the way to Ilia.

Three buildings were revealed during the excavation process, dated during the Hellenistic times, according to the pottery found.
The burials found were part of an entire cemetery, the S cemetery. It was located S of the late Classical cemetery, and it contained eleven burials, also dated during the late Classical times. Six of the burials were cremations inside pit burials, four of them were jar-burials in pithoi, and one of them was a child burial, within a tile-roof grave.

A pottery workshop was also located, with the arc of the kiln intact (fig. 2). It appeared that the construction was of temporary nature, as it was made of clay soil and there were no roof remains found. The sherds collected from the interior of the kiln were few, and according to their dating, the kiln was already in use during the Classical times. 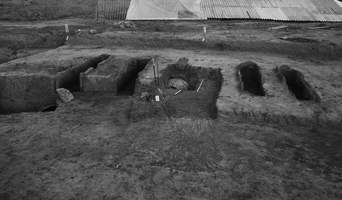 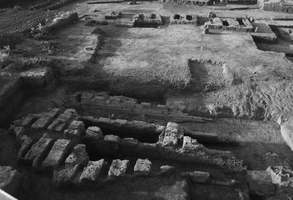 Fig. 2/ View of the pottery kiln, shot from the N