Vrachneika, Monodendri, (private property of G. Avgerinopoulos), Regional Route of Patras-Pyrgos-Sotiriadou, Patras.  Nikolitsa Koutsoumpeliti (ΣΤ’ ΕΠΚΑ) reports on the finding of a Roman sepulchral courtyard in this area. This excavation was held next to another plot excavated the same year by the ΣΤ’ ΕΠΚΑ, which revealed a Roman cemetery. Three burials were revealed, two of which were cremations (fig. 1).

The courtyard’s walls were discovered at an earlier time, and they were built in the style of quasi reticulatum. The entrance was located in the E wall.

The excavation focused on three roman graves, inside the courtyard, two of which belonged in known types (tile-roof and box-shaped, respectively). The third one was a larger grave, almost square-shaped, lined internally with large limestone slabs (fig. 2). This last burial had many grave-goods, although it was plundered, possibly since antiquity.

Tile-roof grave. This grave was discovered in the NW corner of the courtyard. It was oriented N-S. The covering tiles were had conical offshoots, and they were in second use in the grave (they were initially parts of a gable roof). The deceased individual was in outstretched position, and the burial contained no grave-goods.

Box-shaped grave. This grave was NE of the tile-roof one, and not very close to it. It was oriented N-S, and it was built in brickwork. It was covered with Laconic arched tiles and mortar mixed with bricks and small unworked stones. The roof seemed to be flat from the outside.
Part of a narrow-ended amphora was located in the NW outside corner. It was used in as an urn, as signs of cremation were found inside the grave.

Large grave. This particularly interesting grave was found very close to the W wall of the courtyard (fig. 3). It was covered with one limestone slab, which was topped with mortar mixed with pebble. The limestone slabs which lined its insides were connected with Π-shaped lead hitches. The floor was also a limestone slab.
The contents of the burial were a marble carefully crafted urn with a tabula (fig. 4), a marble kalpe (also used as an urn) bearing an engraved tabula ansata in its upper surface (fig. 5), and a gold ring with a precious stone (fig. 6).

The boz-shaped grave and the large square one were transferred to the courtyard of Patras Archaeological Museum. 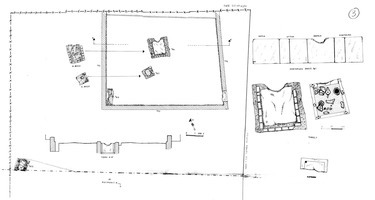 Fig. 2/ Insides of the large square grave, shot from the E 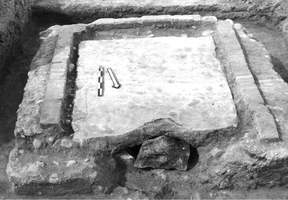 Fig. 5/ The kalpe with the engraved tabula ansata found inside the large square grave 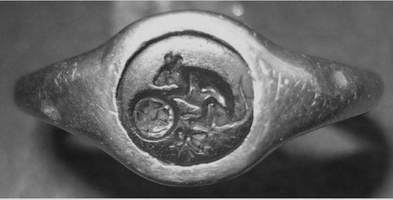